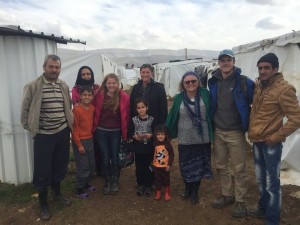 Lebanon (MNN) — Sometimes when we push past our fears of the unknown, we encounter situations that are completely different than we expected.

Worldwide Christian Schools is beginning a new initiative for the ministry, inspired by a recent trip to Lebanon.

Elise Giles is the director of Global Development for WWCS. She recently returned from a 6-week trip to Lebanon with a team from YWAM Redding. While there, they distributed care packages with blankets, clothing, and Bibles. They also helped Christian schools established in the last three years.

Giles says upon arrival, her eyes were opened to the true condition of many of these refugee camps. The conditions are difficult, but ministering to the people was not.

“It really surprised me how open the Muslims were to having Christian schools opened up, and just how hungry they were for Jesus.”

Giles says this immense need for Jesus is reciprocated by God’s desire for the people to know Him.

“We’d actually meet people every single day who had already had dreams of Jesus. That was just really crazy that God was already moving there before we [arrived].”

As refugees’ questions were answered by the team of Christians sharing the Gospel with them, many of the families decided to follow Jesus.

Giles says the people would say things like, “If everybody knew Jesus was like this, everybody would want Him.”

The team visited nearly 30 different camps of primarily Syrian refugees. They noticed the camps that had a Christian school in it already were much more peaceful: there was less unrest. Parents in the camps welcomed the team openly and asked them to establish more schools.

The refugees were glad the team had come and were very hospitable, even telling them they love them. “It was so surprising in the best way,” says Giles.

Why they are open to the Gospel

There are a few reasons why the refugees, primarily Muslim, are so open to hearing the Gospel.

Giles says, “Their basic needs are met, but their hope and emotional needs are not.” Also, “their physical healthcare needs are very under-met.”

Nevertheless, these people are finding that Jesus is the only answer to their deep spiritual needs.

“The Muslims were so hungry for Jesus. They just need hope; they’ve lost everything. They’ve been there for over three years in these [refugee] camps, and they’re just struggling to survive,” Giles explains. She says it’s up to us to share what hope we have with them.

Another reason the refugees are open to the Gospel is because many of them are illiterate and have not been able to pursue their Muslim faith on an individual basis. No one has discipled them.

Giles says most of what these Muslims know has been passed to them through word of mouth. A priority for Worldwide Christian Schools is to disciple new believers and provide them access to an audio Bible so that they can pursue God personally and immerse themselves in the truth.

As Giles’ team distributed care packages and shared the Gospel, they witnessed not only spiritual healing, but physical healing as well.

Giles spoke to a woman who for months had trouble breathing and would have angry outbursts. She wanted to receive Christ, but after the team shared the Gospel with her and she began to pray, the woman was unable to say Jesus’ name.

The team believed she was having a demonic attack; she had often felt like someone was choking her. As the team prayed for her, she felt the pain and stress lift, and she finished her prayer, committing her life to Jesus.

They saw this sort of thing happen over and over again with cases of respiratory problems, heart issues, stomach pains, even scabies.

Sometimes people would decide to follow Jesus and at that point mention the pain they had been dealing with–and it would be gone!

When you’ve been around young children for a while, you start to realize that they might not pick up on everything you’re saying. However, these children quickly picked up on songs and stories about Jesus and repeated them later. 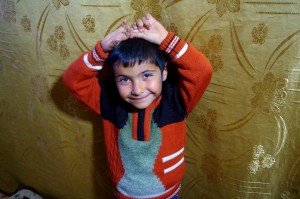 With little to do in the camps, Giles says they want to go to school and learn.

Some Christian schools have already been set up in a number of the camps. “These schools have really helped them with their hope, to give them a future and continue learning in their education. Also, the schools have facilitated sharing stories about Jesus.”

What’s holding people back from helping?

To actually go to a place like Lebanon is a scary thing. With the terrorist activity and violence of war occurring on that side of the world, most people would rather stay at home. While that fear might be justified, Giles gives another perspective.

Upon arrival, Giles says, “I really didn’t feel afraid at all. It was almost just too easy. The door is so open, and the opportunities are just screaming that all of these people that God loves…need Jesus, and they want Him. They’re open to Him if we would just go.”

WWCS is stepping out in faith and seizing the opportunity to share Christ with refugees who hopefully one day will be able to return to their countries. In this way, the Gospel will find its way into countries closed off to missionaries.

In the meantime, they will also meet physical and educational needs with the schools.

“By putting these schools in these strategic places, it’s such a light; and it’s really attracting people,” Giles says.

“Worldwide Christian schools is looking to get more involved in refugee camps–more than just the Syrian refugees. It’s just an open door to sharing the Word of God, and I think Jesus would be there. So, I think we should be there, too.”

This vision goes along with Worldwide Christian Schools’ existing vision and mission to help the marginalized, the orphans, the overlooked. They want to provide education to those who don’t otherwise have access to it. 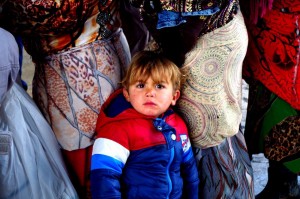 This refugee camp–a place of fear, uncertainty, and of discouragement–has been transformed into an opportunity to reach people who were previously out of reach. God is transforming this terrible situation to bring glory to His name.

Want to get involved?

It’s easy. Giles says, “Start praying for these refugees: for their hearts to be open to Jesus and for the fear to go. A lot of them have a lot of fear of becoming a Christian because they can be ostracized, and sometimes even put to death in certain circumstances.”

To partner with WWCS financially, click here. In the special instructions box, explain that you want to help with the development of schools in refugee camps.

“The more assistance we have, the more we can do. There are thousands of camps without schools. The need is just so great.”