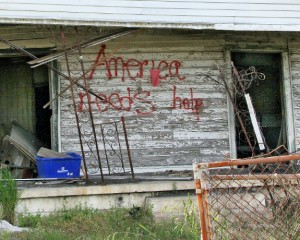 USA (EFCA) — In New Orleans, many people are not fond of calling August 29th the “anniversary” of Hurricane Katrina, as though it were something to be celebrated.

But 2015 marks 10 years since the hurricane tore through their city, causing immeasurable devastation and heartache, and raising untold anguished questions.

Yet New Orleans’ pain has not been without some redemption.

EFCA Crisis Response was birthed out of that tragedy. And from lessons learned there, the growing Crisis Response team has spent the ensuing 10 years responding to other devastating hurricanes worldwide, as well to earthquakes, droughts, tornadoes, fires, floods, tsunamis, and nuclear disasters.

In the storm’s eye 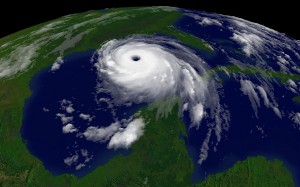 It all began with a tropical storm on August 24, 2005, headed for the panhandle of Florida. Picking up momentum, the storm graduated to a Category 2 hurricane and shifted toward Louisiana. Voluntary evacuations were recommended but many people stayed, assuming this would be just another nuisance storm.

More than one-third of those living in New Orleans’ poorer neighborhoods likely had no vehicles, making complete evacuation impossible.

Pastor John Gerhardt of Castle Rock Community Church (EFCA) was one of those who took action, using church vans to evacuate 70 church members and their families. His caravan headed first to Jackson, Mississippi, and then to Hot Springs, Arkansas, where they took sanctuary at Village Bible Church (EFCA).

All they could do was watch the news in horror.

Back in Louisiana, the water on either side of the Industrial Canal rose as Hurricane Katrina came barreling onto the coast of New Orleans. Within a day, more than 80% of New Orleans was underwater (over 10 feet in depth in some places).

Many lost everything: materially, in terms of home and possessions; relationally, as families and friends were displaced all over the country; and emotionally, as everything they knew as normal was turned upside-down.

Some traveled back to their homes six months later, others took six years. Still others have never returned. 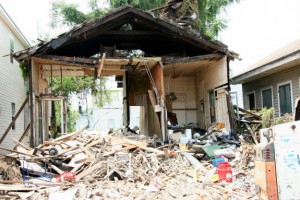 It has been said that Hurricane Katrina revealed New Orleans “dirty little secrets”–systemic injustice, racial inequities, and generational poverty. Many of the poorest neighborhoods were those most affected by the storm.

Even after government resources were attained, unscrupulous contractors routinely took advantage of residents.

Other families with limited resources and with aging, sickly, and displaced relatives had to ask almost-unanswerable questions: Do we use our funds to care for our family members or to rebuild our home?

Hurricane Katrina’s winds and water cracked open the city, exposing the poverty, the discrimination, and the gaping physical needs. Ten years later, families are still facing those needs, on top of the hurricane damage.

Yet there is hope, even amid the wreckage.

Before the hurricane, despite the area’s deep Catholic roots, most New Orleans residents would not even engage in a spiritual conversation. EFCA church planter Bobby Tinner points out that New Orleans was–and in many ways still is–a bohemian city, meaning “do whatya wanna,” he says, and “God is left out of the process.”

At its launch, the Crisis Response ministry sought to shift that spiritual perspective by focusing on intentional disciple-making in addition to physical rebuilding.

Volunteer teams from EFCA churches around the country poured into New Orleans–helping to gut and rebuild homes, yes, but also standing beside homeowners as they wept over their losses. 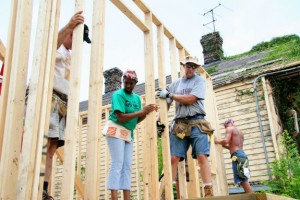 Crisis Response teamed with the homeowner and others to build this home in Central City New Orleans in June 2007.
(Photo: Laura-Jean Watson, Caption: Danielle Bartholic)

These sustained outreach efforts and the continued relational presence has helped darkness begin to lift and has opened doors for spiritual conversations.

Nearby Trinity Church–an EFCA congregation 40 miles north of New Orleans across Lake Pontchartrain–became “command central” for the EFCA recovery ministry, which immediately adopted the mantra: It’s about the people, not the project.

“I don’t know how many homes we’ve worked on, but I do know how many families we’ve connected with,” says Crisis Response director Mark Lewis.

In fact, his team has kept a spreadsheet of ministry contacts and families who have been served, which now surpasses 5,000 (with another 300+ on a waiting list).

The most significant training regularly given to volunteer teams is the most simple: Pray.

And prayer has yielded longed-for spiritual fruit, including individuals coming to faith and others walking more closely with Jesus. The Crisis Response team has also helped launch several church plants in the New Orleans metro region, in partnership with local Evangelical Free Churches and the EFCA’s Southeast District.

Fundamentally, Crisis Response has four foci when it comes to discipleship, both in New Orleans and in its work worldwide:

In other words, there’s a ripple effect in ministry, according to Mark Lewis. 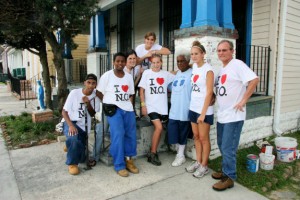 “When people come to volunteer, we believe God called them here for transformation in their lives,” he says–a transformation that continues when they return home and disciple others.

Ten years after Katrina, life has not yet returned to normal. Yet part of the new “normal” is a heightened sense of God at work, in a multitude of ways, through His Church, bringing redemption from the pain.

Be part of EFCA Crisis Response’s next decade of powerful ministry worldwide with your financial gifts, prayers, and hands-on service. Teams are still needed in New Orleans as well, to bring healing to that community.