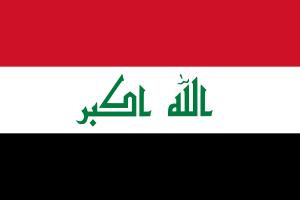 Middle East (MNN) — The video showing members of the Islamic State terror group smashing ancient artifacts in Iraq brought back memories from 2001 when the Taliban did the same thing in Afghanistan.

The similarity between the two events raises the question: why do cultural revolutions typically wind up destroying history? The examples are rife in history: the Four Olds during China’s Cultural Revolution, the Nazis in Germany, and the Khmer Rouge in Cambodia.

E3 Partners Middle East expert Tom Doyle says destroying these remaining connections to history is one way of resetting the timeline. It’s taking things back to square one and starting over. “Fundamentalist Islam has consistently tried to do that over the centuries, to erase any kind of history pre-Islamic. So they’ve been fairly successful at that.” 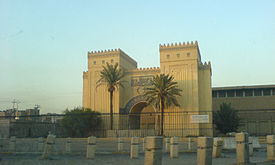 It’s a way of purging moderation from the extremists, adds Doyle. “Typically what’s happened with fundamentalist Muslims is that they just want everything to go away pre-Islam. ‘You were born for this. You were destined for this. This is your heritage.’ Anywhere they can destroy the historical roots, that makes it much stronger for them.”

However, many of these areas have a history that stretches back beyond, and the deep roots don’t go away. For example, Doyle says, “Many Arab groups became Christianized in the early spread of the Gospel. Seven centuries later, Islam rolls in and groups like the Nabateans in Petra converted to save their necks, but really, there are deep Christian roots there.” He also points out another area that tried to erase its back-story: Iran. Although the Ayatollah wiped out a lot of things, he couldn’t erase the influence of the Medo-Persian Empire (the time of Daniel), fourteen centuries before Islam came about.

By wiping out these ancient artifacts, ISIS is also sending a message to those they’re subjugating. “That’s been a consistent theme by fundamentalists to try to annihilate anything before them to show that Islam really made the culture, advanced it forward.”

Doyle observes that in light of everything ISIS is doing, “We just have to realize that anything Jesus is doing, Satan is trying to counterfeit.” He says the sudden rise of the group, their genocidal tendencies, and barbarism are all symptoms of a bigger issue: spiritual warfare.

And yet, there’s hope. “The Gospel is soaring throughout the Middle East. Southern Baptists just released some statistics saying the fastest-growing Church per capita, right now , may be in the Middle East, despite ISIS, Hamas, and the Islamic Brotherhood. It’s not stopping the progress of the Gospel.” 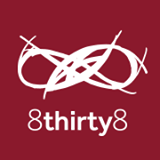 Not surprisingly, followers of Christ in these areas are asking for prayer, for courage, for wisdom, for perseverance. “This is an SOS-all-hands-on-deck time. Christians need to come together to support on the front line.” He adds, “One of the most sobering statements from our leaders, as they were meeting this week: ‘We are not afraid to die for Jesus. We’ve already planned that. We know that’s coming. We just don’t want our children kidnapped, taken as sex slaves, see them vanish, and ultimately killed. That’s what we’re praying against.'”