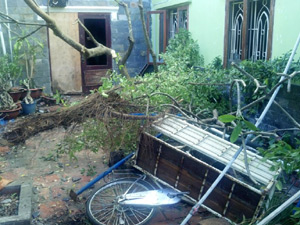 Vietnam (MNN/VOM) — Two Asian nations are among the top 20 on the Open Doors World Watch List (WWL), a ranking of 50 countries where persecution of Christians is the most severe. Guess which two?

If you said North Korea and Vietnam, you’d be right. North Korea has been the world’s worst persecutor of Christians for nearly a decade. Vietnam ranks 18th, far above China, which is 37th on the WWL.

Yet, with active harassment, oppression, and persecution of Christians within its borders, the prayer vigil for Vietnam’s body of Christ has seemingly gone silent. Todd Nettleton, a spokesman for the Voice of the Martyrs USA, attributes some of that to improvements made on the human and religious rights fronts. “Over the last five years, we’ve seen them open up registration to additional churches. We’ve seen less persecution. We’ve seen some very large Christian meetings held in Hanoi.”

Last year, Nettleton explains, Vietnam implemented a new government policy (ND-92 is a revision of the former, less-detailed ND-22). It’s more restrictive, providing the government with additional legal tools for control and repression. By impeding the day-to-day functioning of church groups with even tighter reporting, registration, and permission restrictions, there is the increased risk of diminishing the rapidly growing size and number of churches within its borders. 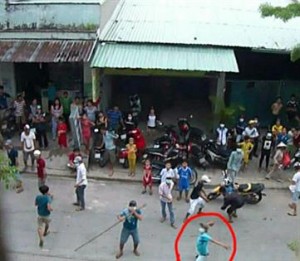 However, he goes on to note, “The Hmong tribe is among the significant ones that has had a great revival over the last 20 years. Tens of thousands of Hmong people have come to Christ. The government doesn’t trust them because they’re part of this minority tribal group, and then they don’t trust them even more because they’re Christians and they’re involved in church activity.”

A case in point: Ho Chi Minh City Bible School has often been the target of police activity in recent years. The Bible school leader, Pastor Nguyen Hong Quang, said last month the school was attacked and destroyed for the seventh time since June. Nettleton adds, “I think the initial intent is to send a message, but ultimately, they would like to shut them down. The government sees this Bible School as a threat.”

After large scale attacks in June, the water and electricity for the school were cut off, and in October, all roads to the school were barricaded. Why? Nettleton explains, “One of the things that pastor Quang is involved in is training the church leaders from some of the minority ethnic tribal groups across Vietnam, and then they go back to their villages to lead churches, to plant churches.” 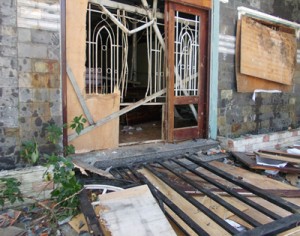 Even with the heavy intimidation, school leaders have continued to operate the school, and students continue to study faithfully, intent on their mission to share Christ throughout Vietnam. However, they wrestle with this: “How do we respond to these laws in a godly, Christ-like way, while still doing what we need to do spiritually–doing the things that God has called us to do, at the same time showing respect for (as the Bible says) those in authority over us?”

Harassment isn’t likely to go away. The new government policy continues to control, restrict, and penalize religious groups and their organized activities. Under Communist rule, Christians and their church leaders in Vietnam suffer harassment, arrest, and imprisonment, all under ambiguous charges of threats to national security, public order, unity, and national tradition.

What can you do? “We can pray for godly wisdom among those church leaders to help them know the best ways to help them do that,” says Nettleton. Pray that the faith of these Vietnamese believers will become more fervent despite the government’s attempts to implement further restrictions and repression, bringing forth greater blessings to the church as a whole.