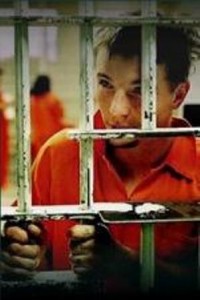 USA (MNN/CBI) — Prison is all over the headlines right now. For those of us on this side of the bars, it can be easy to forget about prisoners and the potential surrounding their lives.

In an interview with CNN, Bill Clinton reportedly admitted that the “three strikes” policy instituted during his administration has become a deterrent to prisoner rehabilitation, education, and training. In a nutshell, he believes the law has put too many people in prison and not left enough funds to prepare inmates for life in society again.

Currently, Dzhokhar Tsarnaev, one of the Boston marathon bombers, is waiting to hear whether he’ll face execution or life in prison.

Either way, we may tend to think that for Tsarnaev, life is over. But when you add Christ to the equation, everything changes. Nothing is impossible. Perhaps the biggest barriers to a new life are spiritual, not the lack of programming. Perhaps even Tsarnaev can find freedom and forgiveness in Christ.

Crossroad Bible Institute focuses on bringing the Gospel to prisoners. For those with the opportunity to re-enter society, CBI provides training and assistance.

CBI recently shared the following story of a current inmate who found peace and freedom in Jesus even as he waits out his sentence. 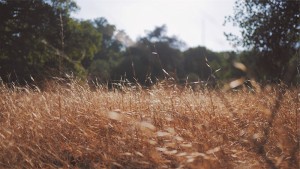 When Gabriel recalls the depths of his drug addiction, he remembers lying sprawled out on the floor, writhing in pain from withdrawal as his young children peered over him asking, “Dad, what’s the matter?” After reassuring his children that nothing was wrong, he would crawl to the bathroom, find his stash of drugs and wait for the pain to disappear.

But the pain was not just physical. “I felt pain deep inside of me,” remembers Gabriel, “and it was killing me.”*

For Gabriel, the roots of this emotional pain traced back to the sudden death of his two-year-old daughter. He was young and newly married at the time, and the all-encompassing grief of this tragedy blindsided him.

In response, Gabriel renounced God altogether and began searching for ways to dull the painful void in his heart. It wasn’t long before drugs became his preferred means of escape, and Gabriel was thrown into a vicious cycle of using drugs, going to jail, getting clean, and slipping off the wagon.

It was during a “clean” stage that Gabriel discovered that his wife was having an affair. Experiencing this heartbreak when life finally seemed to be going well was unbearable for Gabriel, who says, “I felt so awful, I wanted to end my life.”

Gabriel believes it was God’s hand that preserved his life during that dark season. But the dissolution of his marriage drove him to start filling the void in his heart with something else: revenge. “I wanted my ex-wife to know what it was to be all alone,” Gabriel explains. Bent on vengeance, he moved from Mexico to the United States, where he planned to make a fortune and bring his children to live with him.

While living in the United States, Gabriel supplemented his day job as a painter with quick money from illegal activities. Eventually, as his finances grew, his children moved in with him, leaving his former wife behind in Mexico. In Gabriel’s mind, his vengeful plan had been successful.

Yet despite this “success,” Gabriel was not happy. In fact, he was more miserable than ever. He tried convincing himself that more women and more drugs would solve his problems, but nothing worked. “It was a life worse than prison,” he recalls.

In the midst of Gabriel’s misery, he met a fellow painter, a Christian man whose joyful spirit seemed utterly confusing. Gabriel remembers thinking, “Why is the Christian painter I work with happy with his family? He’s happy even though he only has a little money. And here am I with so much money and with my kids, and I’m not happy.”

This confusion only grew when he struck up a conversation about the Bible with another Christian man at his children’s school. After the conversation, he remembers that a strange feeling of peace washed over him. The feeling was so strong that for the first time in a long time, he started to pray, asking God, “Why can’t I love You like they can?”

But Gabriel had to hit rock bottom before these questions could start transforming his life and healing his heart. His illegal activities and drug abuse continued–as did nights of writhing in pain on the floor–until eventually he was arrested and sent to prison.

It was at this time that Gabriel’s spiritual journey intersected with Crossroad Bible Institute. Recalling the peace he encountered with the painter and the man at the school, he sought community in prison with Christian men, one of whom noticed Gabriel’s sudden hunger for God’s Word. He encouraged Gabriel to enroll in Crossroad’s discipleship program for Spanish-speaking prisoners.

Gabriel says that Crossroad’s Bible studies opened his eyes to what his heart had been missing all along: the peace that comes from Christ’s forgiveness. His Instructors are nurturing this new-found peace of mind with each lesson. “I like to say it’s Christ who writes me each time I receive a letter,” he says.

Thanks to the discipleship of his Instructors, Gabriel can confidently say that he is a different man. His heart, once filled with hatred, is now filled with love for his Savior. And, having experienced forgiveness himself, he has left thoughts of vengeance behind: he now prays that the mother of his children will also find peace for her soul through Jesus Christ.

Gabriel acknowledges that his spiritual journey is far from over. But he is thankful every day that his aching heart, which had plagued him since the death of his daughter, is finally at rest. After years of tragedy, vengeance, and addiction, Gabriel has found peace. “I’ve spent two years in prison now,” he says, “but since I gave myself to Christ, I’m not imprisoned; I’m free.”

* All quotations have been translated from the original Spanish.