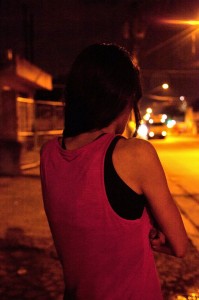 International (KAI/MNN) — The United Nations estimates that, every year, 14 million girls are married as children. Roughly one girl is trafficked every thirty seconds. Since human trafficking is the fastest-growing criminal activity in the world, it won’t take long before those numbers rise exponentially.

Kids Alive International shares how you can help them protect the innocent in a recent post on their prayer blog.

For many young girls, this world is a very dangerous place.

It is estimated that, every year, 14 million girls are married as children. UNICEF recently released some sobering statistics on the prevalence of child marriage in different countries: Niger, Chad, and Central African Republic are some of the worst places in this regard. Young, teenage Syrian refugee girls in Jordan are being married off to far older men because, given their circumstances, this is viewed by their families as the best option for them. And in South Sudan, a 15-year-old girl is more likely to die in childbirth than to finish school. That is shocking.

1.2 million children, many of them young girls, are trafficked each year. That’s one every thirty seconds. And, according to estimates, that number is set to rise since trafficking is the fastest-growing criminal activity in the world. Such exploitation includes forced labor, slavery, and prostitution.

Kids Alive is committed to making this world a better place for children. Many of their ministry sites provide protection for girls (and boys) at risk of abuse, early marriage, and trafficking.

Kids Alive’s ministry in Guatemala rescues abused girls from the most terrible of situations, helping to restore them and seeking justice for their abusers through the court system. In south Lebanon, Kids Alive provides an education and a safe place for young children who would otherwise end up begging in the streets and vulnerable to the worst kinds of abuse. Their homes in Kenya provide a haven for girls who might otherwise face being ‘married off’ at a young age.

Yet many other young girls remain trapped in an evil cycle of abuse and terror. And we need to respond–to speak up for those that are suffering and do all we can to help kids like these. As Proverbs 31:8 says: “Speak up for those who cannot speak for themselves, for the rights of all that are destitute”.

And we need to pray. Please join with us in praying for Kids Alive’s ministries as they rescue, protect, and seek justice for the victims of horrific abuse. And pray for the many other children that are at risk of abuse, trafficking, or early marriage around the world.

You may want to use the following prayer to help you:

Our hearts are breaking at the stories of innocent children that experience horrific abuse around the world. These kids are so weak, and the grip of evil upon them so strong. Their voices are so seldom heard.

Help us not to look away and hide our faces from their fear and despair. Give us compassion. Enable us to listen. Help us to speak up. Give us the resources to respond and make a difference. And shine Your light so that those that are broken may be rescued, healed, and restored.