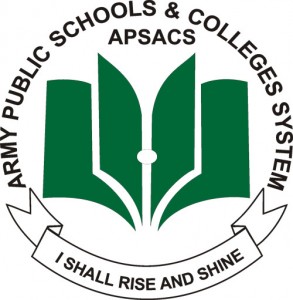 This is a logo owned by APSACS Secretariat for Army Public Schools & Colleges System.
http://www.apsacssectt.edu.pk/

Pakistan (MNN) — More than 140 people, mostly students between the ages of 12 and 16, lost their lives yesterday when six Taliban suicide bombers attacked a military school in Peshawar.

“What is so strange is that even the Taliban spokesman, as he was saying it’s a revenge attack for the army offensive, he also said, ‘Our suicide bombers have instructions not to harm the children, but only the target army personnel’,” says Bruce Allen of Forgotten Missionaries International (FMI).

This was the fourth terrorist attack against a school in 2014, he adds.

According to BBC News, Taliban suicide bombers scaled the walls of Peshawar’s Army Public School and Degree College Tuesday morning and entered the school with intent to kill. Four suicide bombers detonated their devices, while the remaining two were shot by Pakistani security forces while holding students and teachers hostage.

While yesterday’s attack was exceptionally bloody, Pakistan is no stranger to terrorist violence.

Last year’s twin suicide bombing outside the All Saints Church in Peshawar killed more than 80 and left hundreds wounded. Since 2007, there have been at least 31 major attacks in Pakistan, according to the Associated Press; yesterday’s was the deadliest.

“All these parents and families are talking against Islam now. Our national director there, he says, ‘This is such a ripe time to share the Lord’s peace and comfort’,” shares Allen.

For all places of worship – whether indoors or outdoors – Christians remove their shoes to indicate the space is holy ground. Typically, men sit on one side of the meeting area (or the front) and women sit on the opposite side (or the back).
(Photo, caption courtesy FMI)

FMI supports three evangelists in the Peshawar area; 26 Muslims living there recently placed their faith in Christ and are preparing for baptism now. Some of FMI’s greatest evangelistic work in 2014 has occurred in Peshawar.

Pray the evangelical leaders who are responding to this tragedy will have chances to share Christ with disillusioned Muslims.

Terrorist attacks in Pakistan are usually the first to gain media coverage, but there’s another form of violence that deserves just as much attention.

“We get concerned about terror groups…but this is a little more insidious because this just happens at ‘Main Street’ level, among neighbors,” suggests Allen.

“It gets very, very common, and it has disastrous effects.”

Read about a daily threat to Pakistani Christians here.

While you might not be able to change Pakistani laws, or fly to Peshawar to counsel families, there are a couple of things you can do.

First, take the issue to the Lord in prayer. Pray that families who’ve lost loved ones “don’t give up and they don’t despair”, Allen suggests. Pray for softened and open hearts.

“God’s love wants to shower down on these people, so pray that they would be receptive to the Christians who intercept them.”

Secondly, help Pakistani believers through FMI. You can help FMI meet the needs of a church leader and his family through monthly sponsorship. Or, you can help believers respond to spiritual needs in Peshawar by supporting evangelistic outreach. 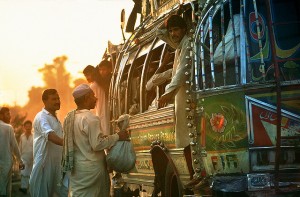 “Earlier this year, we sponsored the production of Scripture on audio CDs in the tribal language [of] this region,” says Allen. “We’ve already distributed ALL of the copies that we have…[it’s a] great opportunity to share the “JESUS” Film, other things for these people who are hurting and searching for real answers.

Connect with FMI here for more on these opportunities.

“We give and minister in Jesus’ name, and we actually minister TO Jesus when we take care of our Christian brothers and sisters,” Allen adds.