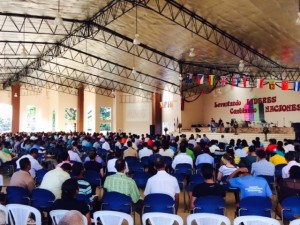 Nicaragua (MNN) — According to the World Watch Monitor, nearly a quarter of the world’s Christians live in Latin America, and organized crime is making it harder for them.

Jonathan Shibley of Global Advance says this is one of the reasons they seek to equip pastors and business leaders around the world.

“The message to the hundreds of pastors that came from all over the country of Nicaragua as well as other Central American countries was that the Church of Jesus Christ is and should be a solution provider to the giants that are facing their nations,” Shibley says. These giants, he says, include corruption and crime as well as poverty.

Shibley recalls last summer when many people, often times children, were fleeing from Central America into the United States, indicating a great need in some of these countries.

While the issues stem from people, Shibley reminds us that the struggle is against spiritual powers and sin. That is why the Church should take an active role in reaching their communities.

“A lot of it just drives to the fact that people need hope,” Shibley says. “And if they don’t see hope, they can easily be swayed into joining things that are illegal, things that are not right. So, the Church’s job is to provide hope through the message of Christ–the message of the Gospel–not just through proclamation, through preaching and teaching but through demonstration, through engaging communities, engaging people with the love of Christ.”

The question asked is how balanced is a church’s inward and outward focus? Are they practically being a light to their communities and telling people about Christ?

The Church, Global Advance believes, needs to be equipping its people to be on mission everywhere, every day.

The idea for pastors is that they can equip all members of their church to engage their communities through works of service. In this way, there are thousands of ministers passing out the Gospel into different veins of society. 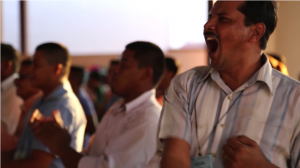 During the conference many pastors recommitted their lives to serving God personally and as leaders of their churches. Some of the pastors even pledged to send out missionaries to proclaim the Gospel around the world.

Another area of focus is the marketplace. Global Advance wants to encourage business leaders to be using their business as a place for people to find Jesus. They want business leaders to grow in their vision in how they can be a blessing to their communities. Global Advance believes marketplace leaders have a responsibility, or at least the opportunity, to be the salt and light in their communities.

Shibley says, “We’ve seen incredible results from that. We visited numerous businesses of people whose lives have been transformed through the marketplace, God using their work to make a difference.” 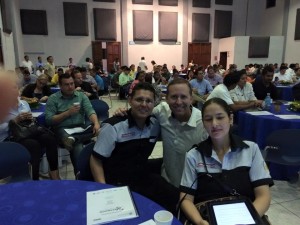 Shibley asks you to be praying “that God will raise up His people, His Church in nations like Nicaragua that they’ll be a light but it won’t just be about proclaiming the Gospel but that there would be acts of demonstration and that God would bless those acts.”