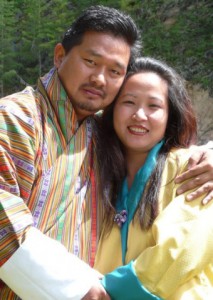 (Photo courtesy The Voice of the Martyrs, Canada)

Last March, Pastor Tandin and Pastor Mon Thapa were arrested while they were carrying a sick child to a health clinic. According to The Voice of the Martyrs Canada, they were charged for having a Christian service without prior approval, showing a film without a certificate of approval, and collecting “illegal funds.” Barnabas Aid said a neighbor had complained when the two held a house church meeting in the village of Thimphu, Bhutan’s capital.

World Watch Monitor reported they submitted their written defense on May 5, during their first hearing. During their second hearing on May 12, Pastor Tandin was charged with collecting funds and using them for his own personal use.

Pastor Tandin submitted another written defense on May 22, where his charges of fundraising for his own use were dropped. However, he received new charges for collecting money without permission.

Several months after what seemed like constant charges, Pastor Mon was sentenced to two years and four months, and Pastor Tandin was originally sentenced to more than four years.

However, the court waived Pastor Mon’s sentence and released him after saying he could pay a fine of 98,800 Ngultrum, or about $1,630USD, which he did last year.

The term for Pastor Tandin was later reduced to two years and four months. Like Pastor Mon, he had the option of paying a fine, which was slightly larger, at 100,000 Ngultrum or around $2,000USD.

He recently paid it off and was released back into the loving arms of his wife and three children.

Bhutan stands as #31 on the Open Doors World Watch List. Most of the country is Buddhist, and only about 3% is Christian. Praise God for Pastor Tandin’s release, but pray for Christians who continue to be persecuted.