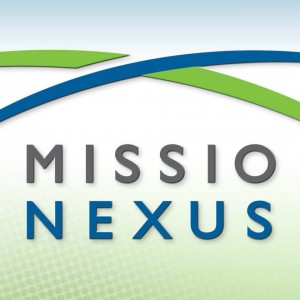 Missio Nexus is pleased to announce that Dr. Ted Esler has been appointed as the network’s new president and CEO, effective June 1, 2015.

“After an extensive search, we are grateful that God led us to select Ted Esler,” said Warren Janzen, board chair of Missio Nexus and international director of SEND International. “Not only is he a creative and critical thinker, he’s got a passion for the gospel and for local churches around the world. As a fellow mission leader, I appreciate that he has the track record to match what we need for the next season of Missio Nexus.”

Esler brings a combination of leadership, mission, and business experience from 15 years in executive roles with Pioneers USA and Pioneers Canada–both of which are longstanding agency members of Missio Nexus. Esler also previously served as a church planter in the Balkans and a software entrepreneur and consultant in the United States.

“I am energized by the opportunity to contribute more significantly in the broader North American mission movement,” said Esler. “As a network, Missio Nexus can tap into the flow of people and ideas across traditional borders which are changing how we serve together in the missionary task. We’re living in a new generation that gives new hope to the Great Commission, particularly in its ability to think, act, and be multicultural.”

Esler succeeds Steve Moore, who has served Missio Nexus since 2006 and who announced last year that he would resign this June to return to ministry focused on developing young leaders.

Moore said: “I couldn’t be more enthusiastic about passing the baton to Ted. He is a top-notch leader, and I have every confidence in his ability to strengthen the Great Commission influence of Missio Nexus.”