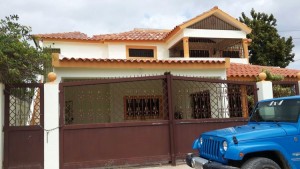 DR (MNN) — Tremendous need often brings people together to find a solution. It’s no different when you look at the trafficking situation in the Dominican Republic.

Family Christian Stores recognized the need and contacted someone who had the means to begin confronting the sex trade. Their partnership is expanding Destiny Rescue’s 14-year ministry into Central America.

Destiny Rescue, an internationally recognized, Australian-based organization, has been working in Southeast Asian countries including Thailand, Cambodia, India, Laos, and the Philippines. They rescue children who are forced and trapped in the sex trade. Since 2011, they’ve rescued over 1,200 children.

Peter Everett of Destiny Rescue explains what they do.

They begin by sending in undercover agents and workers to identify victims of the sex trade.

Depending on the number of cases identified in a single operation, they then do one of two things after identification.

In some cases they do what’s called a soft rescue where they contact individuals, get them away from immediate danger, and offer to rescue them. Then, they pray with the victims and hope they will accept the offer.

“They’re really broken down to a point where they don’t trust anybody, so it’s very difficult, in some cases, to get these girls out,” Everett says.

By getting the girl or boy alone with their team, Destiny Rescue provides an opportunity for the mentality of hopelessness to be broken.

The other option is to get the trafficking police involved and conduct a raid. These raids vary in size. Last year in Bangkok, Destiny was able to rescue 22 girls in one raid.

Once out of sex slavery, the children are taken to a safe house where they meet with counselors, social workers, and case workers as well as the house parents.

The next step is to engage patiently in the painful process of healing. The workers do what they can to love the victims and provide for their emotional and spiritual needs.

Eventually, the victims will start vocational training, to help the victims be able to support themselves. Some areas of training include cosmetology, working in cafes, jewelry making, sewing, even screen-printing. Destiny helps with job placement, as well.

Destiny doesn’t just want to take them out of their situation; to end it there leaves the victims at a high risk of going back to that lifestyle again. They want to give the victims of sex slavery the ability to stand strong financially and emotionally once they are old enough to be out on their own.

It’s all part of a holistic approach. Everett says it consists of rescue, restoration, and reintegration.

The underlying strength of their organization is that these girls and boys are introduced to Jesus. 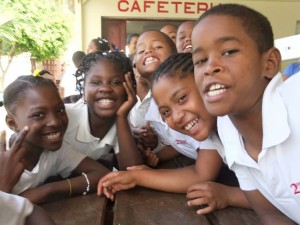 “We really trust in God to come down and do healing–to see miracles in their lives. And we do: we see it all the time, and it’s so encouraging,” says Everett.

Each morning the children have Bible studies and prayer meetings. Once a month they also have worship sessions. The girls are connected with local churches whose pastors come in during the week to talk and meet with the children.

“The Gospel is an integral part of what we do,” says Everett. “It’s the heartbeat of Destiny Rescue, and from Day One, when they arrive, it’s a Christian environment.”

Being surrounded by the workers who not only share the Gospel but live it out is a huge testimony to the safe house residents.

“We see girls just growing in a relationship…. It doesn’t happen overnight, but it’s presented to them in such a practical and loving way that they ‘get it,'” Everett continues.

One woman recently explained to her counselor that although she knows the man who saved her out of slavery, she knows it was Jesus who really saved her. She isn’t just talking about the physical situation of living in sex slavery, but the condition of her soul.

The statistics in the Dominican Republic regarding human trafficking are really quite startling.

“We were reading a report from the Dominican immigration department,” Everett says, “and they were stating that there are around 800-1000 Haitian children being sold and smuggled across the border into the Dominican Republic every month.”

As in most cases, the slavery goes hand-in-hand with poverty.

Through their journey of expansion, Destiny Rescue has made many fortunate connections. They see it as God preparing the path for them.

Through a series of visits, Destiny Rescue was able to make the right connections, including child service organizations and the local judge and mayor of the first town they will work in. After a meeting with the Dominican embassy in Washington, they were introduced to the federal government.

Now they’ve established relationships with a lawyer and a prosecutor of human trafficking. Everett says these relationships will be extremely helpful. Everyone they’ve consulted is extremely excited about the work Destiny Rescue is doing.

According to one group they met with, there are only 5 orphanages in the entire country run by the government. Destiny Rescue will be the first recognized registered organization offering a safe house for trafficked children.

“We’re excited about our move, and we’ve got some great foundations and great relationships moving forward,” says Everett.

They will be able to establish agreements with the right people so that they can do their investigation, rescue, and aftercare work.

All started with a vision

“It’s a real testimony to the timing of Family Christian coming on board and offering to fund that new project,” Everett says, explaining the plan for the next few years.

Much of the official work has been done. Next is finding a safe home, expanding to other locations in the Dominican Republic, and then beginning work on the border.

They will have boots on the ground in August.

Everett asks that you pray for safety over the Destiny Rescue teams and the rescued children.

They are also looking for staff to work in the country, preferably people who are bilingual in English and either Spanish or Creole. If you’d like to help, e-mail Destiny here.

And finally, says Everett, “Pray for the children, absolutely, because they’re the innocent ones, and their innocence is being stolen every day. We’re doing what we’re doing because we want to stand up for the rights of freedom that these kids deserve. And we know God has gone before us and He’s going to make a way.”