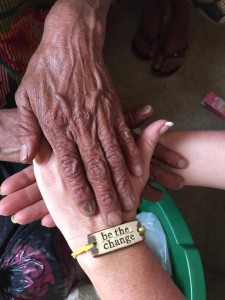 Guatemala (MNN) — Poverty is no stranger to the Mayan Indians of Chichicastenago, Guatemala. The poverty of “ChiChi” is oppressive, but it’s also an avenue for Pray America and Family Christian Stores.

Over the next few days, Morin and Family Christian’s Steve Biondo will unveil a new project that the Lord has brought about to transform the Kiche Mayan community in Chichicastenago.

Pray America has been building relationships and serving the Lord in ChiChi for more than 10 years under its Spanish name, Manos de Jesus (The Hands of Jesus). 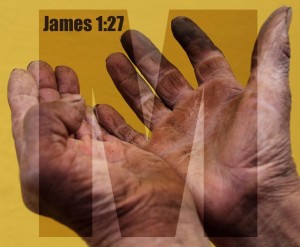 Hearts soften and minds grow curious as Christians share the Gospel “through words and works.” This is often the outcome when Manos de Jesus builds homes for Mayan widows.

“These are some of the most ‘distressed’ widows that we’ve seen anywhere in Central or Latin America,” says Family Christian’s Steve Biondo.

Most of ChiChi’s Mayan women were widowed during a civil war spanning more than 30 years.

“The Kiche Mayans actually sought to be neutral in the civil war,” explains Biondo. “But, both hostile sides–the government and the guerillas–attempted to convince the Quiche to fight with them by killing their men.”

Since the killings occurred over multiple decades, several generations were basically eliminated.

“There [were] some very desperate attempts at ethnic cleansing, by both sides,” Biondo says. “By wiping out the men, they sought to destroy the Kiche Mayan culture.”

Without male providers, Kiche Mayan women and children were left to fend for themselves. The widows and orphans quickly fell into deep poverty.

Manos de Jesus, Family Christian, and their church partners are helping the Kiche Mayans climb their way out of poverty, step by step. Providing shelter is one of the first and biggest strides.

Through the Manos de Jesus Widow House Construction project, each home is financially sponsored and constructed by short-term mission teams or individual donors. In February, Family Christian’s Nik DeGraf got to see the process first-hand. 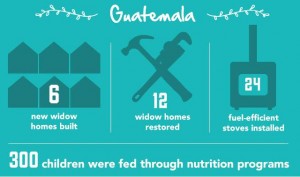 “When we give [widows] the house, we tell them that this house is a gift to you from Jesus Christ. He loves you, and He has a plan for your life,” explains Morin.

“We’ve had over 500 widows that have accepted the Lord and become disciples, as well.”

Through Manos de Jesus and Family Christian’s partnership, Mayans are coming to Christ, and God’s Kingdom is growing. Tomorrow, we’ll explore how God is bringing together a new program to change lives again in Chichicastenago.