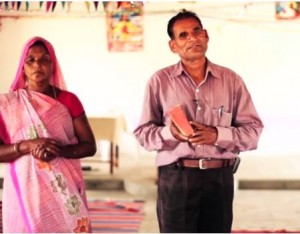 International (MNN) — In a technology-ridden world, we can forget that sometimes, maybe the best way to do something is the way it’s been done since the beginning of time.

This is how Living Water International feels about how the Bible is shared.

Jerry Wiles of Living Water International tells us about the merits of orality, or “a reliance upon non-written communication,” as he explains it, when sharing the story of Jesus with others.

By taking the media of spoken word, song, storytelling, drama, parables, poems, proverbs, and visual arts, Living Water International hopes to promote reaching people with the Gospel in a way that is simple, effective, and reproducible.

On their Web site, Living Water stresses that this method is biblical and understandable, as well.

“Orality is really a superior way of Bible teaching: telling stories so it’s more interactive, it’s engaging, it’s participatory, and it sticks,” Wiles says. He explains that the behavior change is more evident when people are engaging in the Word actively and together rather than when they read it on their own.

Living Water International holds training conferences to teach others how to participate. What’s surprising is that even though we have to learn how to use orality, this concept isn’t really anything new. For one thing, many unreached cultures depend primarily, if not solely, on non-written communication.

And check these worldwide numbers: “It’s progressively changing the way we do things because [we have] a better understanding now that 70% of the world’s population would be considered oral learners by necessity or by preference,” says Wiles. “That’s 5.7 billion people in the world who can’t, don’t, or won’t read, or prefer to learn by means other by written instruction or print-based media.”

In areas where Living Water International brings clean water to those without, the percentages climb even higher than 70%. 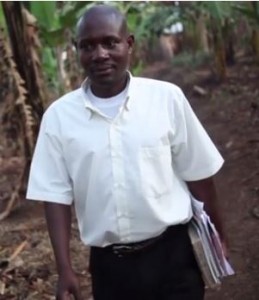 So if storytelling is the way to engage the large majority of the world, across various cultural and lingual barriers, how do we begin?

Wiles says we have a very good example: “Jesus is our best model as a communicator, as a trainer, as a disciple-maker. So how did He do it? Well He told stories and parables; He created relationships in community in a way that was reproduced for 1500 years until the Church became more dependent on literacy based [communication].”

Living Water International says orality is the fastest growing movement in evangelism today. It makes sense when you consider groups of people who don’t have a written language or the Bible in their language yet. However, this way of teaching can be applied in Western countries as well.

Wiles says, for “churches that are sending people on short-term mission trips, the leadership often learn about orality, and they want the training for people who are going on short-term mission trips, whether it’s Latin America, or Africa, or some other [place]. But once they see how it works, they see that it’s universal in its application; it’ll work right here in the United States and in our churches.”

In the meantime, ask God to protect His servants and to guide them in biblical truthfulness as they share His Word throughout the world.

The next annual conference is coming up this October and will take place in Nairobi, Kenya.