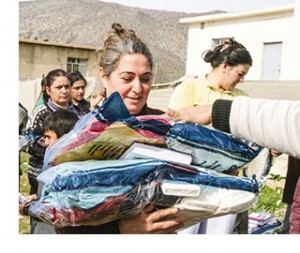 International (MNN) — World Day of Social Justice is coming up on February 20.

The United Nations uses that day to focus on “guaranteeing fair outcomes for all through employment, social protection, social dialogue, and fundamental principles and rights at work.” Really, in light of the global refugee crisis, it’s about ensuring human dignity.

Ready for some big numbers? 39 million people have been forced to flee their homes due to conflict or natural disaster. 10 million are refugees, and 29 million are internally displaced persons. Those numbers also include nearly twice the number of Christians persecuted over 2013.

You might be thinking: “Blah, blah, blah. Why does it matter?”

That’s pretty much the response from a compassion-fatigued world. But followers of Christ are called to a higher standard. Aside from the whole principle of “one body, united in Christ,” there are issues of national security: personal safety, the freedom to worship openly. Defending religious freedom for others means safety for the oppressed peoples, which, in turn, sometimes keeps militant extremists in check. 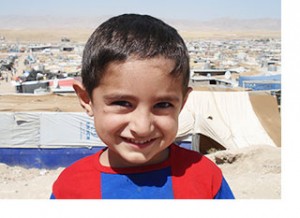 Now you might be thinking, “Okay. That’s great. I still don’t get how I can help from here.”

Resourcing the people who are on the ground in dangerous areas is how you can help. Voice of the Martyrs USA spokesman Todd Nettleton says for example, they’ve established a Care Pack program that supports the persecuted church in a difficult area. “The Care Packs are a way that we’re helping displaced Christians in Iraq and Syria. They are a humanitarian pack: basic supplies, a towel, an outfit of clothing, and basic humanitarian things for Christians who were forced to flee by the advance of the Islamic State.”

How does a towel and some clothes help? Nettleton explains, “The most important thing that happens is these Care Packs communicate very clearly: ‘We are with you. You are not forgotten. You are not alone.'” That sense of encouragement and blessing is maybe even more important than the humanitarian aid.” Bringing justice and dignity to the situation creates hope. People are encouraged to know ‘”there are Christians who are praying for us, there are Christians who remember us. We are not alone in this suffering in this trial.” 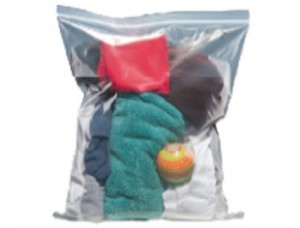 When you decide to help provide a Care Pack, the Voice of the Martyrs will send you a special pre-printed vacuum bag to be filled with items you select from the list included with your pack. After you’re finished packing the bag, ship it back to The Voice of the Martyrs, and they’ll distribute it along with a Bible or Gospel storybook to the people who can get it into the hands of right people.

Here’s another thing to consider: overt evangelism is deadly in areas with extremists like the Islamic State. However, Dr. Roy Stults wrote this recently on the VOM Persecution blog:

“What shocks persecutors is the attitude and spirit of those who face unjust treatment and terrible tragedy as they seek to serve God. Persecutors are not hated but are, in fact, being prayed for, which is difficult for them to comprehend. It is also an open door for the grace of God to enter their hearts. The depth of love and forgiveness among victims of persecution even shocks us who are unfamiliar with the reality of persecution on a personal level. There is no motivation for revenge but a continued desire to do the work of the Lord, which means taking the gospel to persecutors as well. The motivation is not self-serving at the cost of others; it is serving others at the cost of self. That is, in reality, the difference between radical Muslims and Christians.”