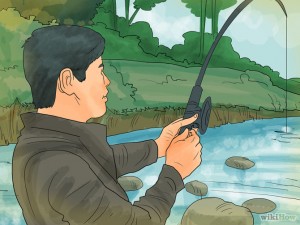 It’s a proverb that contrasts the benefit of helping this man now versus helping him learn how take care of himself for the future. The implication is that someone taught him how to do it. Children’s HopeChest CEO Ken Sparks explains, “We approach our ministry through what we call a ‘community-to-community’ partnership model that brings the U.S. church–a given church congregation–in partnership with a community overseas that we call a ‘CarePoint.'”

The ministry was founded in 1994, following the fall of the Iron Curtain. It was one of the earliest glimpses into the hardship faced by orphans in Russia. Many had serious basic needs for clothing, food, medical attention, and facilities, but more compelling was their need for love, human interaction, care, and future hope.

Then, in 2007, CHC partnered with Adventures in Missions to begin working in Swaziland. By that time, the aftermath of war and famine were better known. Two years later, CHC launched ministry in Uganda and Ethiopia, where they maintain NGO status. 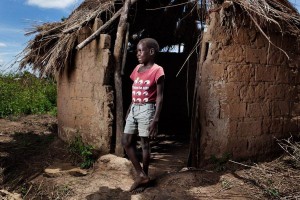 What does that partnership do? Through the indigenous church, it resources a local congregation so they can do the teaching.   For example, if a U.S. church congregation takes on a congregation in Uganda, “They provide child sponsorship within their own community here in the U.S. So, a given church would agree to sponsor the vulnerable children in that community. That engenders a one-to-one relationship that is developed between the sponsor and the child.”

Beyond individuals sponsoring children for $38/month (which helps them go to school and have regular meals), the church then agrees to take on a development plan for that sister community in Uganda. What does that look like? Sparks says, “They might agree to drill a well so that there’s a clean water source for the children and the community. The church (in the U.S.) would raise the funds, and then we would execute the plan to drill that well. Then, in the following year, they might put in a latrine or a community center building.”

What about that one-on-one relationship? “The third element is that the church agrees to make mission trips each year over to the CarePoint to develop those relationships further. It helps the local church leadership utilize the partnership model that exists to help transformation in their own pews here in the United States.” 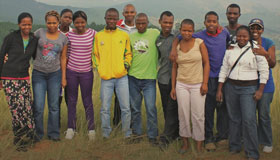 Obviously, it’s a huge commitment. What difference does it make in the scheme of learning how to “fish?” Sparks answers, “We want to restore dignity and value to the individual children. A lot of that is accomplished by the fact that somebody here in the United States cares about them.” For these kids, having an education is one way they break the cycle of poverty. Literacy sometimes makes the difference between being able to get a job and begging.

There’s spiritual investment, too, via the CarePoint of the local church, through school. “During that afternoon session, we will utilize Christian materials for discipleship building for the children. Of course, it’s tailored to the age of the children that are there. Oftentimes, we have 15-250 kids at the CarePoint every day.” Plus, Sparks adds, “On Saturdays, we typically run a full day program. They are there to be fed as well as go through a discipleship programing that we provide. It’s a six-day a week operation, and the Gospel is clearly communicated.”

Community development on every front brings hope. It’s because people were willing to invest long-term to teach others how to care for themselves…who, in turn, teach others…who teach others. See the difference? $38/month can make a big difference. “Share with the church leadership the opportunity for this innovative and unique model that allows for a church to rally around and make an enormous impact with the gospel message into a community over a long-term partnership model.”

Think about what $38, multiplied by hundreds (in a partnering church), could do. That’s a lot of fish. Click here to get involved.