Russia (MNN) — Three people are dead outside a Ukrainian hospital today. Russian Separatists continue shelling the area around Donetsk. The 9-month conflict has killed more than 5,000 people, and yet the world is paying more attention to the work of ISIS in the Middle East. 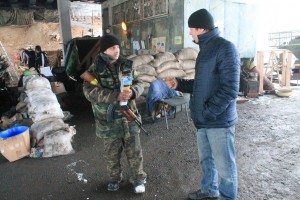 The violence continues to be a concern for ministry in Ukraine itself. Mission Eurasia’s Wally Kulakoff says one evangelist who wants to get humanitarian aid and return is frustrated. “He cannot leave the area because even though he’s Ukrainian, has a Ukrainian passport, he’s in this region called The People’s Republic of Donetsk. He needs permission from the rebel forces to exit that area and come back in.”

While we hear story after story about Ukrainians being forced from their homes in the east, the conflict is impacting ministry in Russia, too, especially those with Ukrainian passports. “They were fired from the jobs. They could get an education for their children. They’re Ukrainian citizens and find it very difficult to continue ministry and continue doing what they’re doing in Russia because of their citizenship.” 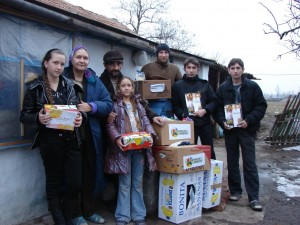 There are many who claim President Putin may lash out with all-out war if he feels like he’s being cornered by the west.

Does Mission Eurasia share that concern? Kulakoff says says, yes. “There are rumors that Russia is mobilizing military force, an army, that could sweep across and take Ukraine in a matter of a week. Many of the Ukrainians in the city of Kiev are preparing and getting ready for a full-scale invasion.”

Despite these rumors, Mission Eurasia continues to help refugees and provide training “to prepare Christian leaders for helping people who are going through stress. People are being trained to deal with people who’ve lost a parent or lost children. So, death is rampant in that part of the world.”

Mission Eurasia has sent in eleven 40-foot containers full of clothing and personal care items to help them get back on their feet.

But, it’s more than physical and emotional aid. Kulakoff says, “War is a powerful tool in the hands of God to prepare men’s hearts for the Gospel. That is where Mission Eurasia comes in: in the provision of Scripture, children’s material, and a magazine called HOPE for people to find hope in time of turmoil.”

What is our role in this regional event? You can pray specifically about the tension. You can generously give to Mission Eurasia’s ongoing efforts, or you may be able to go and assist in some way.

If you’d like to give to this project so more people can experience the hope that can only be found in Christ, click here.

You can listen to Wally Kulakoff’s complete interview below.