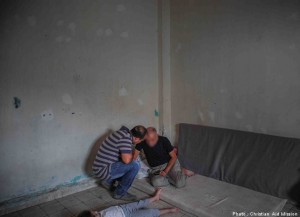 Iraq (CAM/MNN) — Atrocities by the Islamic State (ISIS) are softening the hearts of Muslims to Christianity, and evangelistic techniques and technologies are proving effective. But locally-based missionaries say the main reason for the spike in conversions in the Middle East is simply that former Muslims are finding that God is real.

Steve VanValkenburg, Christian Aid Mission Director for Southeast Asia and the Middle East, says, “Muslims that have been affected by ISIS are being confronted with their beliefs; and when they hear that there is a God who cares, a God who loves, and a God who forgives, there is something foreign to that–and they’re very intrigued.”

In war-torn areas of Syria and Iraq where ISIS is fighting to establish a caliphate, Muslim refugees to neighboring countries, Internally Displaced People, and people remaining at home are learning about Christ from native aid workers, pod casts and broadcasts. Tent churches among refugees are sprouting like mushrooms. Disillusionment is growing with Islam because ISIS claims the atrocities they are committing come from the Koran.

Muslims–who were previously taught to pray by rote to Allah who by Koranic definition was unknowable–can feel the difference of having a relationship with God through Christ. The biggest difference is found in mercy and grace. VanValkenburg explains, “One ministry leader wrote that when they tell the story of the woman who was brought to Jesus to be stoned, in their minds they know that Mohammed would say immediately: ‘Stone her.’ But they can’t believe that Jesus would offer forgiveness. Those kinds of things are totally life-changing for them.” 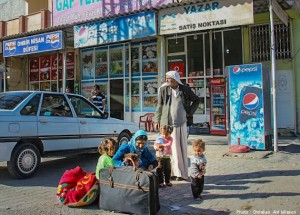 Partly, the discovery of freedom comes from having freedom. “As displaced people or refugees, they no longer have the inspection; they don’t have the imam watching over their shoulder, watching who’s doing what. Those kinds of strictures are no longer there. It allows them to investigate Jesus Christ and not be in the same situation that they would have been before.” It’s discovering that they can pray to a personal God whom they can call Father. Wonder follows. VanValkenburg says, “When they have a sense of ‘there is forgiveness’ [and] there is a merciful God and a caring God’ who takes care of them, the contrast is great between what they’ve always been taught and indoctrinated with and what they find out when they hear Christians sharing about Jesus Christ.”

Former Muslims, who once prayed five times a day as a duty, say they don’t quite know how to describe the difference. “They say, ‘Now with our relationship with God, we see a huge difference; something has changed in our life,’” said the area director. “You can see it on their faces. They say, ‘Every time we pray, there’s a difference.’”

Tailoring evangelism to the Muslim worldview has also played a part, and one way of contextualizing the gospel for Muslims, ironically, involves the Hebrew Scripture. Middle Eastern Muslims are familiar with the blood sacrifice and prophets of the Old Testament, and Christian workers build bridges with those references. They talk about why Abraham was willing to sacrifice his son, animal sacrifice and the meaning of blood in ancient times: Moses and the saving-blood smeared on doorposts in Egypt, and then Jesus’ shed blood.

“So we go from the Old Testament to the blood of Jesus that saves us. 99% of the people I know will use this method,” the ministry director said.

The deity of Jesus and the Trinity, by contrast, are the most problematic issues for Muslims. Imparting these doctrines takes time, and although the director and his teams teach the Father, the Son and the Holy Spirit, he said earthly teachers have little success.

“How do you convince them?” he said. “We were never able to convince them. Only when they read the Bible does it come. And then suddenly they say, ‘Now I understand. I get it!’” VanValkenburg says, “In the past, they’ve not had any hope, but now they do have hope.”

Christian Aid Mission’s Middle East director said the ministry directors and their workers are ordinary people in extraordinary circumstances who need prayers for safety and endurance, both emotionally and physically. The ministry director who lost team members last month spoke of their human frailty, even as they exercise immense faith. The reason they stay? “Even among the ISIS-controlled areas, there’s still openness to the Gospel. God’s Word is still going out, and lives are still being changed.”

It’s painstaking work–emotionally and physically exhausting–because it boils down to one person meeting needs, one person at a time. VanValkenburg explains, “The displaced people are very cautious and wary of anybody who comes to meet with them. But when you reach out with a blanket or food, then there is a bond that begins to develop; and so they’re very, very open to hearing what the person says and why they’re doing what they’re doing.”

To help indigenous missionaries to meet needs, you may contribute online using the form below, or call 434-977-5650. If you prefer to mail your gift, please mail to Christian Aid Mission, PO Box 9037, Charlottesville, VA 22906. Please use Gift Code: 400REF.