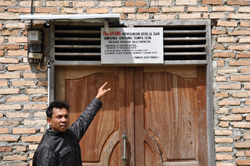 Indonesia (MNN) — The world’s largest Muslim country may be looking at some significant change for religious freedom priorities soon. It’s an about-face from the Yudhoyono administration.

One month into his new presidency, Joko Widodo, is living up to his reputation as a reformer by proposing a controversial change. Voice of the Martyrs USA spokesman Todd Nettleton explains, “He’s proposing a bill. He says it will come before the Parliament within the next six months to protect religious minorities. That would include Christians. There’s another facet of change that he wants to make which would remove religious identity from the national ID cards that the Indonesia government issues.” Part of the proposed bill would streamline the process for non-Muslims to get permits for places of worship.

Until now, the government recognized six religions: Islam, Protestantism, Catholicism, Hinduism, Taoism, and Buddhism. However, Nettleton says the issue wasn’t a religious one so much as a reaction to the political landscape of the time.

The list and ID card designation are kind of an outdated reaction to a political situation Indonesia in 1969. Nettleton says, “That goes back to a previous dictator fighting against Communism, so putting religion on the ID card was a step toward saying, ‘There is a God. Look! All the people of our country are going to say which god they’re following.'”

Nettleton goes on to add, “Really, the time for that is past. If he [President Joko Widodo] can present it in a way that is not so much a religious thing as much as ‘we don’t have to worry about a communism takeover anymore,’ maybe it’ll go smoother, but there will be some push-back against this.”

The proposals seem like a fairly minor issue to people not following Indonesia’s politics. However, Nettleton says, “It is a very significant thing, particularly for those who want to change their religion. If your identity card says you’re a Muslim, and you want to become a Christian, you need to go back to that office and say, ‘I’m a Christian now. I want to get a new ID card.’ That is a choke point for persecution.” 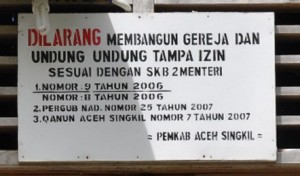 When asked about potential impact of this legislation, Nettleton said it was a step in the right direction, but it’s too early to get excited. “At this point, this is somebody saying, ‘This is what we want to do,’ or ‘This is what we’re GOING to do.’ But it hasn’t been done yet. That’s something that we can pray about, that we can be successful in moving this from the idea stage to actually being passed law in Indonesia.” Lawmakers are still working on putting the legal code together, but expect it to be ready for discussion within six months.

The new government is going to have to fight for every inch it gains on the issue of religious freedom. Nettleton expects that “there will be some push-back, and it’ll be interesting to see how that comes about. It’ll be interesting to see how radical that push-back is–if it comes to really threats and things like that, or if it stays in the political speech realm.” The new government is also facing the challenge of the rising influence of the Islamic State terror group in Indonesia. The jihadist group has been narrowing its focus more through strident propaganda designed to allure radicals into action. 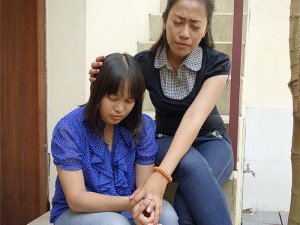 VOM provides ministry tools to evangelists, distributes Bibles in areas where churches have been closed, and supports orphans who lost their parents during widespread attacks on Christian villages from 1999 to 2003.

Pray that the bill will succeed. Thank God for the strong faith of Christians in this area who continue to meet despite opposition and persecution. Ask God to grant wisdom to church leaders as they lead their congregations so that they may be a light.