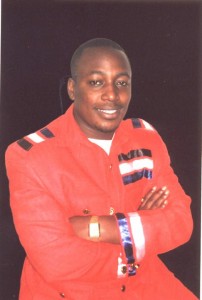 Kenya (MNN) — A pastor caught out as a “charlatan” in Kenya has created a lot of problems for Christians there.

Voice of the Martyrs USA spokesman Todd Nettleton explains what happened. “It seems that there has been some undercover reporting from some churches in Kenya. Some of the things that they had reported as miracles–people being healed and so forth–this undercover reporter has turned up that they are, in fact, hoaxes.”

The undercover report revealed a miracle faking spree, and according to the report from Christianity Today, the pastor at the center of the scandal was bilking his followers by asking them for advance payment for prayers and miracles. According to the expose, the pastor also coached members of his congregation to give false testimonies.

Kenya’s response to the rogue pastor was swift, says Nettleton. Last week, Kenya’s attorney general amended the Societies Act, an act “for the registration and control of societies” (regulates Kenyan clubs and other organizations), to protect its citizens. “The government response there is: ‘We’re not going to let any more churches register so that we can keep an eye on things.'”

The new church registration ban is indefinite, and existing religious organizations must file details of their registration status and financial returns. “If there are hoaxes being perpetrated, you would like to see the government limit those. At the same time, just completely saying ‘No new churches, no new mosques, no new religious organizations can register’ is a pretty draconian way of solving this problem.” The uncertainty is troubling to other religious leaders, adds Nettleton. “It’ll be interesting to see, as this sort of publicity about these hoaxes dies down, if the government really aggressively pursues this, or if cooler heads prevail and they work out some kind of a compromise that doesn’t involve just completely stopping any new religious organizations from forming in Kenya.” 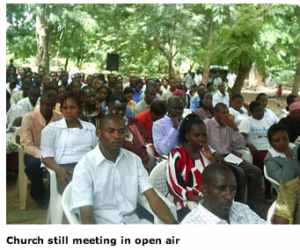 Religious leaders shared concerns about the open-ended nature of the amendment and about persecution. Nettleton says the situation in Kenya took many by surprise. “Kenya is a majority Christian nation. When we talk about persecution there, we’re talking about persecution coming from radical Muslims, particularly the Somali minority persecution, and terrorism coming from across the border from Somalia into Kenya.”

The outcome of the ban and its impact on new work is yet to be determined. “This type of government restriction or government limitation is not something we see commonly, and I think it’s very much in response to this particular wave of publicity around one particular pastor.”

Keep praying. Many ministries use Kenya as a base of operations for evangelical work around the country. The ban could also impact church-planting efforts.

Kenya ranks #43 on the Open Doors World Watch List, which charts the top 50 countries where life as a Christian is most difficult.