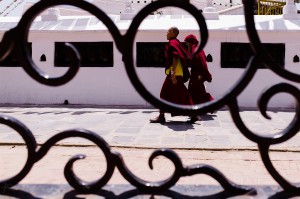 Nepal (MNN) — For years, Nepal has lacked a central document to guide and shape the country.

But a new constitution could come as early as January 22.

According to reports, Nepal’s Constituent Assembly (CA) Chairman says the country will fall into crisis if parties can’t agree on disputed issues. Only two weeks remain until “decision day,” and key legislative bodies are still at odds.

“It’s not looking promising because of all the competing political parties. But, nonetheless, it’s a critical date that we need to all be praying for because of the implications it has with the Body of Christ–and the Church, in general–in Nepal,” shares Greg Kelley with World Mission.

“Because of the Hindu background and heritage, it still becomes very difficult to become a Christian. There’s persecution involved; you lose hereditary rights.”

Please ask the Lord to protect Nepalese Christians as “decision day” draws near. Pray for opportunities to share the Gospel amid possible political confusion.

Why should Nepal’s issues matter to you? One of the greatest places of God’s Kingdom growth is in this former-Hindu Kingdom, shares Kelley.

And yet, “Out of the 30 million people that live in Nepal, about 90% of them have never heard the Gospel.” 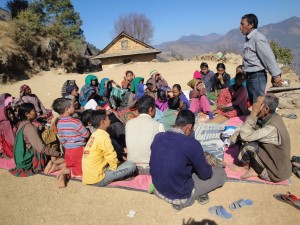 That’s why World Mission hopes to send 1,500 Treasures into Nepal this year.

They’ve been working alongside Nepalese church leaders for quite some time but are shifting their focus in 2015.

“As you get into some of these remote areas, particularly in the areas closer to Tibet, you’ve got a lot of smaller people groups [ranging from] 50,000 to 100,000 people that literally have never heard the Gospel message,” Kelley shares.

“Those are really our target areas.”

The Treasure is a solar-powered audio Scripture player that fits in the palm of your hand.

“Every time we distribute a single Treasure, 140 to 150 people will hear the Gospel about two to three hours every single day.” 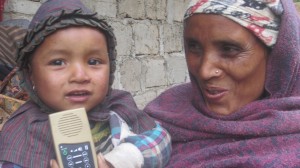 Each Treasure costs $50 USD to send; you can help deliver one here.

Because Nepal used to be a Hindu kingdom, becoming a believer isn’t easy.

“In many instances, when you become a follower of Jesus, you are cut off from the family,” explains Kelley.

“And so, even though the Church is growing and there’s a dynamic Body of Christ, there are still great consequences to becoming a follower of Jesus.”

Will you pray for Nepal’s Christians?