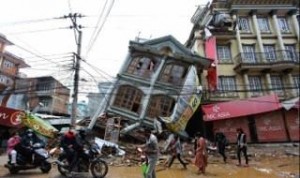 Nepal (FCM/MNN) — For many in Nepal, the earthquake isn’t over.

More than three million people are still living in temporary shelters during torrential monsoon rains. There are frequent aftershocks; according to National Seismological Center, since the 7.8 magnitude quake hit on April 25th, there have been over 380 aftershocks above magnitude 4.

Even while the government is trying to deal with putting the country back together, political violence over the new constitution threatens to tear it apart.

The real problem is that only 8 out of 75 districts were badly affected by the quake. In the 18 weeks since the disaster struck, the government appears to have lost a sense of urgency. 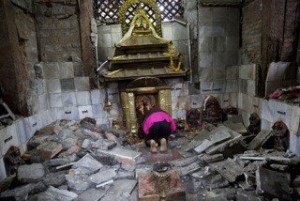 Far Corners Missions hasn’t forgotten the survivors, though. A team of Christian workers recently took supplies to survivors in some rural towns and villages.   $5,000 raised by a Fort Worth Church kick-started FCM’s $100,000 response project.

A month ago, a landslide killed 20 people in the same area where the earthquake happened.

From their first foray, Brother Kiran, one of the team leaders, shared:

[SIC] “Still, occasional jolts are taking place. Still, thousands are living in the tents and unable to go back to their villages because houses are collapsed. Last month I visited them, and many recognized us and we distributed the remaining food to them. As I brought to your kind notice, they are minorities, low cast people and marginalized.

“All the gospel workers came to conclusion to help the victims with food besides help them with housing material like tin sheets for roofing, bricks, and some doors and windows. So that we can have foothold in their villages, ultimately foot soldiers will enter the village and plant a Church among these people. We need air cover and bombard them with these materials so that we could occupy the enemy territory inch by inch. Already these people gave us some indications. So we are praying for imminent air attack with prayers and relief and foot soldiers work will be easy as enemy is strong.

“We are praying for the donors who contributed generously to Nepal work. Here we are ready to do the Job. All the gospel workers in Nepal send their love and appreciation to you all.”

Please pray for the 20 FCM workers as they work on the front line of serving the victims. It will take everyone pitching in to support this effort.