USA (MNN) — Launching a new Web site might not sound like a big deal, but it is for Ron Hutchcraft Ministries (RHM).

“She posted this on her Facebook page: ‘I’m gonna draw a picture, a picture with a twist. I’ll draw it with my razor blade; I’ll draw it on my wrist.’ Soon after that, Michelle ended her own life.”

One only needs to glance at the statistics to learn tragedy surrounds most of North America’s 3,000+ Native American communities.

As observed in this report, Native American youth in the U.S. have death rates 2 to 5 times the rate of Caucasians in the same age group. Violence–including intentional injuries, homicide, and suicide–accounts for 75% of deaths for Native American young people between the ages of 12 and 20 years old.

That’s why RHM’s On Eagles Wings’ ministry exists: to bring eternal hope to the chronically hopeless.

“The On Eagles’ Wings team is [a group of] Native American young people who’ve gone through a lot of the same heartache–abuse, suicidal thoughts, deaths in the family–that is so prevalent in so many Native communities,” explains Hutchcraft.

“They go and say, ‘Hey, I’ve been where you’ve been. The difference is I’ve met this amazing Savior, Jesus.'”

On Eagles’ Wings: a history

Initiated 20 years ago by RHM, On Eagles’ Wings is a movement of Native-American young people bringing hope to their communities through Jesus Christ. 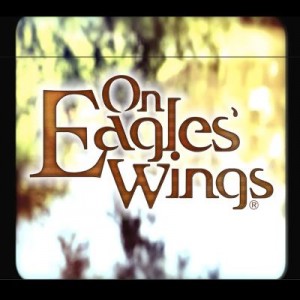 Through live events, stirring media, and relationships, the OEW team shares their “Hope Stories” each summer with other Native young people across the United States and Canada. On Eagles’ Wings also works to encourage and equip local partners that are already serving Native young people in their community.

In some cases, Hutchcraft shares, hundreds of Native young people have come to the Lord after hearing the testimonies of OEW team members. While they’ve visited over 100 reservations in their two-decade history, a realization dawned upon OEW leadership.

“There [are] over 1,000 Native communities [in North America]; we’ll never get to them all,” says Hutchcraft.

However, researching trends surrounding Native American youth gave birth to another realization: adding an online component could double the impact of OEW’s ministry.

“We can bring these Hope Stories to every Native American young person, all those reservations, 24-hours-a-day, 7-days-a-week,” Hutchcraft says.

On Eagles’ Wings: the future 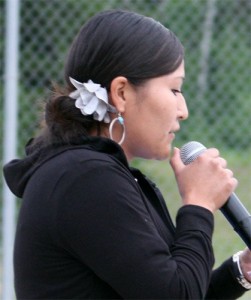 RHM has begun a “soft launch” of OnEaglesWings.com, but you’ll be able to check out the fully-completed product after the “official launch” on April 15. The Web site isn’t replacing OEW’s traditional summer ministry, Hutchcraft clarifies, but is, instead, complementing its efforts.

Pray for the team as they prepare for the official launch. Pray that everything will come together successfully, and that there will be no “glitches.”

Not only will OEW.com share Gospel hope through video testimonies, discipleship materials and resources will also be available.

“They will have an enormous amount of online resources of other Native Americans teaching at conferences, teaching with On Eagles’ Wings; we have films and videos,” says Hutchcraft.

“We also invite them to something called ‘Warrior Leadership Summit.'”