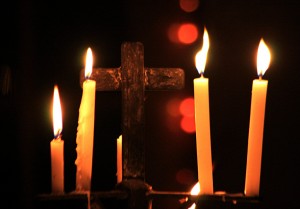 India (MNN) — Remember those massive Christmastime “re-conversion ceremonies” in India we told you about a couple of weeks ago? In answer to prayer, they were shut down, reportedly by the government.

But now, another threat is rising: there’s talk of a nationwide anti-conversion law.

“There is definitely a move in the government to make India a Hindu nation,” says Voice of the Martyrs USA spokesman Todd Nettleton.

If put into law, such a ban would make it illegal for Indians to follow any religion except Hinduism.

BJP officials claim “re-conversion ceremonies” wouldn’t have happened at all if a nationwide anti-conversion law was in place.

“Well, the reality is: anti-conversion laws–in the states where they exist–are primarily used against Christians as a way of stopping the Gospel work, stopping mission activity.”

“A national anti-conversion law would really be a step back for religious freedom in India,” Nettleton states. 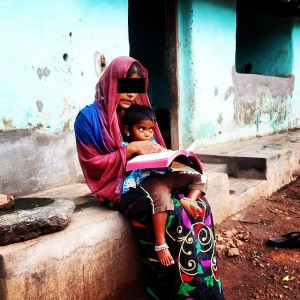 Please pray for our sister, “Maina.” A group of radical Hindus abused and tortured Maina for sharing the gospel in their village. Village leaders began to threaten her husband. Maina’s husband beat her and demanded she return to the Hindu faith.
When Maina refused to leave her Christian faith or stop witnessing, her husband abandoned her and their 22-month-old daughter for fear of the radical Hindus.
(Photo, caption courtesy VOM USA)

“Right now, this is talk at the government level of a national anti-conversion law. But it’s talk from the party that controls the Parliament there.

“So, it wouldn’t be a stretch to think that they could get this kind of legislation through the process, because they have a majority.”

Over the past year, India has moved up seven spots on Open Doors USA’s World Watch List, due to its persecution of Christians. Ranked #28 on the 2014 list, 2015 finds India at #21.

Another move to restrict religious freedom, such as passing a nationwide anti-conversion bill, would likely move India further up on the World Watch List.

“There may come a point where we need to make our U.S. officials aware of what’s going on, and encourage them to be a voice and to take a stand for religious freedom in India,” says Nettleton.

“There are radical Hindu leaders in India who say, ‘Listen, India is a Hindu country. Indians are supposed to be Hindus; therefore, we’re going to have these people come back to Hinduism,'” Nettleton adds, referring to last month’s “re-conversion” push.

What you can do about anti-conversion laws 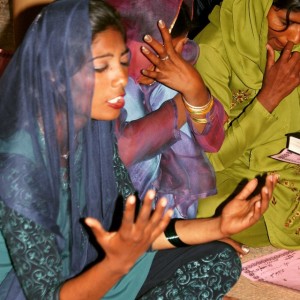 Along with advocacy, Nettleton lists two ways you can help the Body of Christ in India. First and foremost, pray.

“Please pray for our brothers and sisters there,” Nettleton requests. “Pray for encouragement and faithfulness, and that God will be with them through this time.”

You can also support persecuted Indian believers through VOM.

“There are many ways that Voice of the Martyrs is involved with the Indian Church,” says Nettleton, “from distributing, literally, tens of thousands of Bibles across India, to providing training for pastors and church planters.”