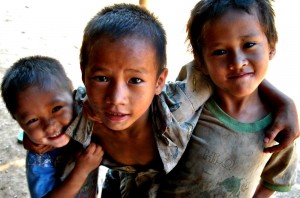 Myanmar (MNN) — A state of emergency has been called after violence in Myanmar led to an attack on the Red Cross.

One man is believed to be behind renewed fighting on the China-Myanmar border between Kokang rebels and the government. According to BBC News, Phone Kya Shin, leader of the Kokang army (the Myanmar National Democratic Alliance Army), has returned to Myanmar after exile, breaking a six-year long ceasefire.

Open Doors USA reports 90% of civilians are displaced by the conflict which started last week. Nearly 50 soldiers of the government were killed, along with several rebels.

An Open Doors’ source near the fighting said a pastor, along with his 170 member congregation, was forced to flee to a neighboring town. They are believed to be renting a hall to stay in while they wait for fighting to stop. Another young believer died in a car accident when trying to flee the site of fighting.

Myanmar, which is ranked #25 on the Open Doors World Watch List, declared a state of emergency on Tuesday with a three-month period of martial law imposed, according to several news sources. This happened after fighting escalated to the attack on a convoy led by the Myanmar Red Cross Tuesday. Voice of America News says both sides deny they did it.

China state media estimates 30,000 Kokang civilians have already fled from Shan state into China, reports BBC News and Voice of America. The numbers are expected to grow if fighting continues.

Open Doors profiles Myanmar: out of 54.1 million people, 4.7 million are Christian. The major religion is Buddhism. They attribute severe persecution of Christians to religious nationalism.

Open Doors asks for prayer for the congregation that was forced to flee and all other civilians caught in the conflict. They also ask for prayer that Myanmar’s leadership would be led by the Lord. Pray that the president would give his life to Christ. For more information on Myanmar and how you can help, click here.