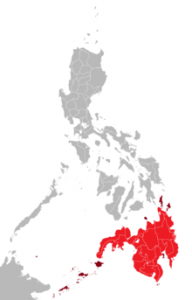 AMG International Director of International Mission Strategy, Bill Passons, explains, “This is a proposal that the President has submitted to the Congress that would give them a level of autonomy that has been expanded from previous levels. This would expand the authority and the power of that ruling group there.”

The new proposed zone would cover the existing one with five provinces in the southern island of Mindanao. It would be re-named Bangsamoro, get its own 60-member parliament, its own flag, and nearly $400 million (USD) to establish infrastructure.

“It’s been something that’s been in play for some time, but the president just made the proposal yesterday,” notes Passons. It’s a key part of a peace plan aimed at ending a four-decade rebellion that has killed 150,000 people. The government has been tangling with the country’s largest Muslim insurgent group, the 11,000-strong Moro Islamic Liberation Front, since the 1970s.

Passons explains why this bill is even on the table. “It started in the 1970s where they were just trying to seek peace. They’ve had a lot of conflict in the area. There have been different agreements and ceasefires that have happened over the years.” War-weary politicians don’t want a repeat of 2008, when a peace deal collapsed over legality questions and fighting resumed, killing scores of people and displacing tens of thousands of villagers.

Under the new proposal, Shariah law would apply to Muslims in the region, but the country’s justice system would continue to apply to non-Muslims. However, concerns of an Islamic State-like brutality were addressed by the Moro group which renounced their terrorist acts.

How different is this from an Islamic State? “A Caliphate is just an Islamic State ruled by the religious leaders. This [autonomous zone] is still a form of government that would have representation.”

The bill may face legal challenges from Christian politicians and groups, which are wary of ceding territory, power, and influence to Muslims. Passons says not much else has worked. “They’ve tried to find ways to find solutions to this conflict. This is just another step in that direction. They [the government] just keep giving more and more power to those Muslim areas to be self-ruling.” 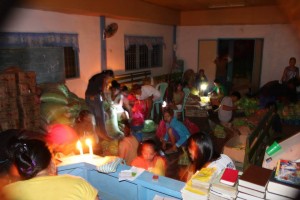 Due to the insurgency, the provinces covered by the autonomous zone are among the poorest in the country. It also means that there are a lot of Christian groups who’ve partnered with churches to reach out to the most vulnerable. AMG International has two childcare centers in Mindanao.

Biblically-based projects like these could be in jeopardy if this bill goes through intact. Passons says, “We do some compassion ministries because we have a holistic approach to ministry. In some of the areas where we actually exercise compassion, evangelism goes with that. If you have an autonomous state that does enact even portions of Sharia law, what will that effect on our ability to, first of all, as Christians go in and help. Second of all, a byproduct of that help is when people ask, ‘Why do you do this? What is the hope that is within you?’ And then you share Christ. That can obviously change drastically, depending on the level of Sharia law that’s enacted.” 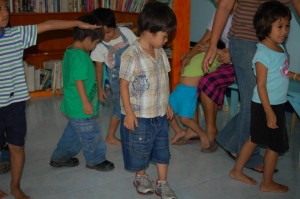 Nothing is on the books yet, but the discussion is beginning. Now is the time to pray and ask God to intervene. “Please pray for the staff there. This changes the culture in the area, and Christians could be much more targets of some of these radical elements. Pray for boldness. Although the situation may change, [pray] that our willingness to share Christ and desire to do so would not [change].”