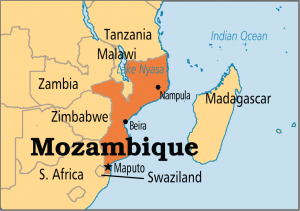 2014 was a weird year, going from drought to deluge within a few weeks of each other. Unusually heavy rains kicked out by Cyclone Bansi were followed up by Tropical Storm Chedza. It was too much water too fast, starting in mid-December and not letting up until last week. As a result, Malawi, Mozambique, Madagascar, and Zimbabwe saw floods that killed 260 and displaced 360,000 people.

Malawi and major parts of Northern Mozambique were hit the hardest, leaving them without power and waiting for the sun to come out. That could be a long wait because heavy rain was forecast in the coming days. Getting aid in was hampered by bridges that have been damaged, effectively isolating the survivors. 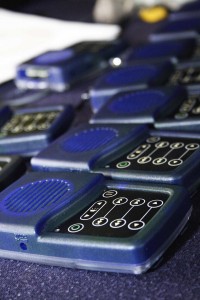 Audio Scripture Ministries Executive Director Jim Loker says this is coming at a time when ASM is expanding work in Mozambique. “It’s affecting areas where we have done Bible distributions in the past. We would hope to be able to get into those places after the flooding has receded.” Some of the distribution projects planned in the flooded region will have to be revisited. “Basically, the roads have to be passable and life has to be back to ‘normal’ so then we can get back into those areas of northern Mozambique where there would be contact again.”

However, their work can’t stop. “There are people who are crying out to God for help. In many countries, their faith is what sustains them, but they have no access to the Scriptures because they’re not a literate people.” ASM provides God’s Word in an audio form of a heart language, loaded onto a player.  They use durable, solar-charged digital players as well as optional field accessories. Players are designed to be self-sustaining and offer great versatility. They are built with rugged durability for the most extreme climates.

Loker says in the past, whenever they’ve done audio Bible distributions and recordings from the central part of the country, there have been traveling logistics, poor infrastructure, and limited connections that made ministry challenging.

That’s why ASM broke ground on a new “satellite” training and recording studio/distribution center in the central part of the country. “We’re about a third of the way done. It’s a smaller studio. It’s a training facility in the town of Chimoio, which is south of those provinces that have been affected by the flooding.” Because it will be smaller than their Xai-Xai headquarters in the south, they’re hoping to have it ready for use by April 2015.

Loker says, “Be praying that God would touch their hearts for the need to know Him and to know the Scriptures. That’s where we come into play, where we can provide the audio Bibles. God will be glorified through this, and we’ll be there to help with any of the people who need audio Bibles or spiritual help.”