USA (MNN) — A ministry originating in northern Michigan is encouraging the body of Christ to pray for persecuted Christians around the world.

More Jesus, based in Traverse City, Michigan, is a ministry that went viral a few years ago. Their goal was to use those two words “More Jesus” to encourage Christians to seek after Jesus more, while encouraging non-Christians to find Him. 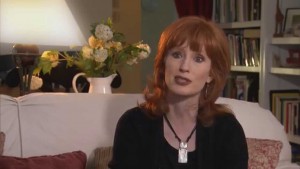 Eight weeks ago, that ministry’s co-founder Jennifer Stoll, became burdened. “I had had a growing burden for the persecuted church, but I didn’t know what to do. So, I’m part of a prayer ministry and a lot of people around me who pray, and we prayed.”

God gave the group a conviction to gather the community to pray for Christians who are suffering simply for claiming Christ as their Savior. Stoll says that started an 8-week prayer campaign. “We just wanted to gather people and invite them to come together to turn discouragement into encouragement. We were concerned that as Christians, we were not honoring God fully by just discussing these things and mourning over these things, instead of walking in the victory God is promising us.”

More Jesus partnered with Mission Network News affiliate WLJN in Traverse City to get the word out. For the last eight weeks, Christians representing more than a dozen local churches have been gather each Sunday to pray for Christians suffering for their faith. 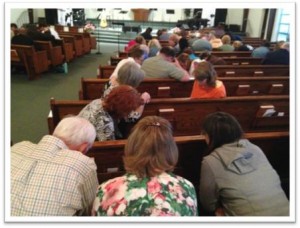 Stoll says the prayer effort is strengthening their walk with the Lord. “We don’t know where God is going to take this, but we want to be found faithful, and we feel God has called us to do this.”

She believes every community should have a similar prayer effort. “I absolutely do. In fact, in one of my prayer times, I felt God’s conviction that part of the problem across the water–in the Middle East–is because we have not been praying.” Stoll adds, “Prayerlessness is a sin, and not relying on God is a sin.”

What is her end hope? “That other communities would rise up and see the power and the love of God, that their hearts would be expanded, His grace would be multiplied, people would be saved in the Middle East, but that our enemies would be saved.”

Stoll believes that this prayer effort will ultimately lead Christians to be more bold in their witness.

If you’d like additional information on how to start a community wide prayer effort, contact More Jesus here.