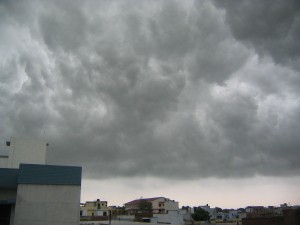 India (MNN) — Those who live in four-season climates often see rainy days and chilly nights during the fall months of September, October, and November. However, fall’s “rainy days” have nothing on South Asia’s monsoon season.

You’ve probably heard about severe flooding along the northern India-Pakistan border. Starting September 3, several days of continuous monsoon rain caused rivers to overflow and flood communities. There won’t be any final statistics until flood waters recede, but an estimated 450 people have been killed and at least one million people have been displaced.

“There are at least 26 villages and up to 100 villages that have been cut off by monsoon flooding,” shares Donna Glass with India Partners.

“The pastors were calling and saying, ‘We need help! We are isolated; we are completely cut off.’ Roads are submerged under six feet of water; the only access is by boat.”

Glass says the government’s response to this disaster has been limited. Thus far, officials have provided some rice and have offered limited evacuation.

“The government’s not allowing private boats to go out,” says Glass. “Only government boats can go, and people are afraid to even get into the boat.”

India Partners’ first-responders are teaming up with local pastors to bring food aid to people trapped in their homes by monsoon flooding. 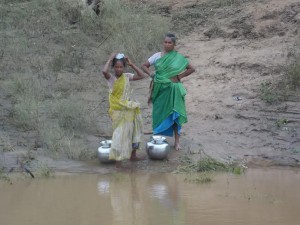 Why soap? Glass explains, “The biggest concern once the waters start to recede [is] disease, and soap is the first line of defense against disease.”

“They also bring in the Gospel,” Glass shares. India Partners teams use Water And Sanitation-Hygiene (WASH) training to introduce villagers to Christ.

“As Christ washed us clean, so can soap help to wash their physical bodies.”

Here’s how you can help: