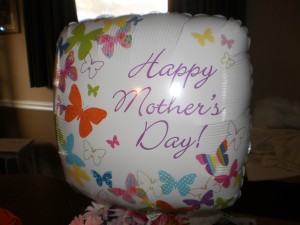 USA (MNN) — Families are making plans to celebrate motherhood as “Mom Day” approaches in the U.S.

But, it won’t be a joyous occasion for all women, says Life Matters Worldwide President Tom Lothamer.

“Or, there are women who don’t even want to have a child.” 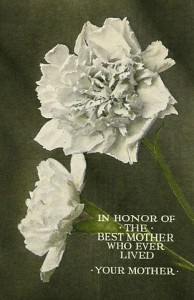 Postcard issued by the Northern Pacific Railway for Mother’s Day 1915.

The roots of Mother’s Day trace back to the 19th century, according to most accounts. Early celebrations focused on promoting reconciliation following the Civil War. In the early 1900s, the focus of Mother’s Day shifted to honor sacrifices made by mothers for their children.

Lothamer says expressing gratitude for moms is important, and Mother’s Day should be celebrated. But, it’s also an opportunity for Christians to observe a wider issue.

“We look at women as image-bearers, [and] God is very particular about how we treat people who are made in His image,” Lothamer states.

“If we mistreat women, then we’re attacking their image. And, when we attack image, we attack God.”

The Biblical treatment of women

A quick Internet search will reveal many–often falsely-informed–critics of the biblical treatment of women. Take this atheistic Web site, for example, or this article by The Huffington Post UK. Each accuses God’s Word, and those who follow it, of being anti-feminist.

Are the accusations accurate? Lothamer doesn’t think so.

“How we treat [women]…is very important to God,” he says. “God is saying, ‘You will respect image, because when you do that, you respect Me.’

“Because [women are] made in God’s image, as men are, we show [them] respect; we pray for, we encourage, and we honor.” 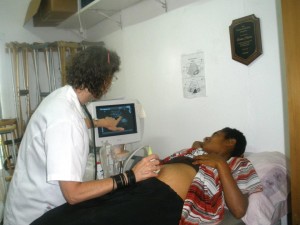 Through pregnancy care centers and partnerships with like-minded ministries, Life Matters helps women in the U.S. and abroad. As they care for physical needs, doors open for workers to talk about spiritual things, too.

“Many times it starts with just demonstrating love and concern, regardless of who they are [or] what they’ve done,” Lothamer explains.

“They say, ‘Why are you doing that?’ and then we can say, ‘It’s because of Christ in my life that I want to demonstrate His love to you.'”

“Our responsibilities as Christ followers are to be like Christ and show [women] love and concern and respect.”