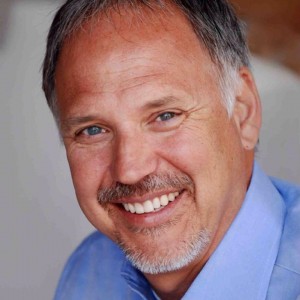 USA (MNN) — Biblica announced Monday that its Board of Directors, by unanimous vote, has appointed Dr. Carl A. Moeller as its Chief Executive Officer, effective October 14, 2014.

Since 2000, Dr. Moeller served three years as a pastor at Saddleback Church, then nine years as president and CEO for Open Doors, USA, before founding Sequoia Global Resources in 2012. He will replace Doug Lockhart, who announced last March that he would transition from his role as Biblica’s CEO by early 2015.

As president of Open Doors, Dr. Moeller helped awaken churches in the West to the ongoing persecution of Christians in other parts of the world. During his time with Sequoia Global Resources, he helped cultivate philanthropic partnerships to address some of the most intractable global needs, including poverty, autism, education, and more. He has worked in more than 75 countries around the world and is an ordained minister with the Evangelical Free Church.

“Throughout our search, we have been careful to seek God’s wisdom and direction as we make this important selection. We feel confident that Carl is the right person to lead Biblica into our next season of ministry,” said Rob Gluskin, chair of Biblica’s Board of Directors. “His unique combination of global experience, organizational leadership, and ministry-mindedness is exactly what we need as we help millions of people around the world connect more deeply with the Scriptures.”

“I am grateful that Carl answered the call to become the next leader of Biblica,” said outgoing CEO Doug Lockhart. “Biblica is an amazing ministry, and I believe God will continue to bless its work under Carl’s leadership.”

Mission Network News caught up with Moeller after the announcement was made. He talked about how his experience with Open Doors has prepared him for his work at Biblica, “knowing brothers and sisters in Christ who suffer–even lose their lives to obtain a copy of God’s Word. So to work with an organization that serves the persecuted church, providing Bibles resources for more than 100 million people around the world, is a perfect fit.”

What’s the commonality? “Biblica is a natural partner with organizations like Open Doors who serve persecuted Christians, because we’re able to let them focus on the things that they do best, while we focus on the things that we do best, which is the Bible and getting a readable translation of God’s Word into people’s hands and into their hearts.”

Moeller says while Americans can get Bibles, there’s a problem in the USA. “Are we getting the Bible into our hearts? Are we reading it well? And are we engaging with it? I believe this is another call on Biblica. We must make that challenge as well, not just taking Bibles across the globe.”

Dr. Moeller will assume the role of CEO on October 14, 2014. “Biblica has been doing Kingdom work for over 200 years: providing Bibles for those who don’t have any and helping those who do to experience them more deeply,” he said. “I am so thrilled to be joining this incredible global ministry.”