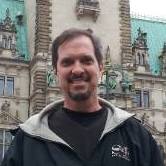 USA (MNN) — For a final wrap-up of the 2014 Missio Nexus Leadership Conference (MNLC), MNN spoke with Jim Ramsay of The Mission Society.

“We see this, we see the opportunity, we see what God is doing; we’re willing — but — how does that translate into actual change? Our current structures, our current mentality, simply [are] not going to be sufficient to move us into the world that God has out there now.”

“There’s a movement of God now, dealing with the movement of people [and] with people urbanizing, and it gives mission agencies a real opportunity, as well as a challenge, to begin to engage this,” Ramsay summarizes.

“There were many times I was beating my head saying, ‘These are really old wine skins we’re living in here; how do handle this new wine that we’re dealing with?’ I haven’t got that one figured out yet. We’ve got a lot of processing to do.”

That’s where you come in. As The Mission Society team and other groups who attended the conference process what they’ve learned, pray for them. Pray for wisdom, discernment, and courage to confront tradition.

“The prayer for us as mission leaders is first the willingness to question assumptions, question ways of doing things, to say, ‘How do we engage this new reality?'” notes Ramsay.

“I expected it to be good; it really exceeded my expectations,” Ramsay shares. “The presenters have been phenomenal with giving extremely helpful information; raw data, as well as ideas.

“The highlight for me, though, is often the conversations you have outside of the sessions.”

For many missions groups, these Missio Nexus conferences are also a great time to meet new people in the industry and work on collaboration. Sometimes that collaboration involves resources, like World Mission’s audio Scripture device, The Treasure.

“One is just [the] missionaries themselves. A lot of this has happened, I don’t want to say ‘under the radar’, but maybe not with their awareness, and we want to make sure they’re prepared for what’s happening,” Ramsay explains.

The other area of ministry involves church mobilization.

“There’s so much of this stuff that’s needed in the local church,” notes Ramsay.

“We need to take [that information] and say, ‘How can we now infuse that into our church mobilization?’ so that missions is not simply a couple of things that we do locally [and] we send missionaries overseas, but [instead]: ‘How do we, as a church community, engage these migrant communities that are now in our midst?'”