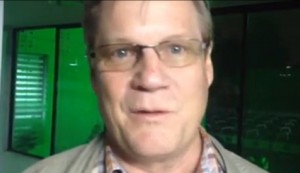 Colombia (MNN) — A missionary pilot in Colombia needs your prayers. From jail, missionary Russell Stendal sent this message to Voice of the Martyrs Canada.

“Somebody set a trap for me, and we walked into it. There was a secret order out for my arrest,” Stendal states in the video message.

“They’re accusing me of rebellion, for the missionary trips and the visits I made into rebel-held territory, distributing Bibles and radios.”

Please pray for this situation.

“Pray that truth would come forward, in the sense that he’s doing God’s work, and that the enemy, who would be trying to attack through these people, will be silenced in this,” requests VOM Canada spokesman Greg Musselman.

Russell Stendal: risking it all

Stendal has been air-dropping Bibles, Christian literature, and small radios into dangerous parts of Colombia for years. Musselman says Stendal does it so villagers and Communist/Marxist guerrilla forces can hear the Gospel. 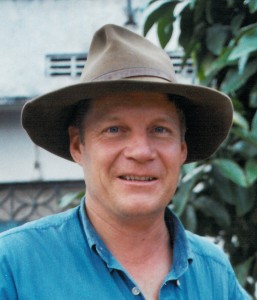 “VOM Canada, VOM U.S., and many of our partner ministries around the world, have worked with Russell for many years,” says Musselman.

There’s inherent risk whenever a missionary disobeys man’s commands in order to fulfill the Great Commission.

“You’re doing things that, in a sense, [are] against the law; but then we have what the Bible tells us: we’re to take the Gospel to the ends of the earth,” Musselman says, describing the “Catch 22.”

Then, there are risks that come with the territory; as stated on VOM Canada’s Web site, “Colombia has been overrun with violent Marxist guerrilla groups, drug cartels, and right-wing paramilitary groups.”

Stendal knew all of these dangers but pressed forward for the cause of Christ.

“This guy has been kidnapped five times; I mentioned the time he was held for months by the FARC guerrillas; he’s in constant danger,” shares Musselman.

One thing about Stendal’s capture isn’t “sitting right” with Musselman and those closest to the situation, though. 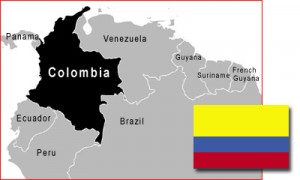 “Who’s fueling this, and who’s pushing the government to have him arrested?” Musselman asks. “I mean, the guy’s been doing this for decades…why now?”

Christian leaders are usually the most at-risk, Stendal recently told Musselman and his colleagues at VOM Canada.

“Pastors preach against killing people, kidnapping, and being involved in the drug cartels, so that puts a target on them,” recounts Musselman.

“There’s been more pastors killed in Colombia the past 20 years than any other country in the world.”