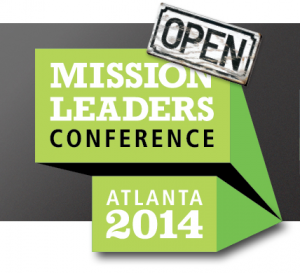 USA (MNN) — Industry conferences usually have a “boring” feel. Who wants to listen to lectures and talk about your job for hours on-end? But the industry conference Missio Nexus puts on every year is “transforming”.

The Missio Nexus Leadership Conference kicks off tomorrow in the southern U.S. city of Atlanta, Georgia. Around 1,000 missions leaders from the U.S. and Canada are expected to attend, according to Missio Nexus Board Member and the Director of Missions at InterVarsity Christian Fellowship Tom Lin.

“The leadership conference brings some of the most important topics to the North American missions community that are happening around the world. This year, our focus will be on the movement of peoples,” Lin explains.

It’s also a chance for mission groups to collaborate and help each other reach the world for Christ.

“To go to one place and connect with a missions pastor who’s struggling with the same issue that my missions organization is tackling: that’s a great connection to make.”

Listen to the full interview to hear why this industry conference is important to InterVarsity. 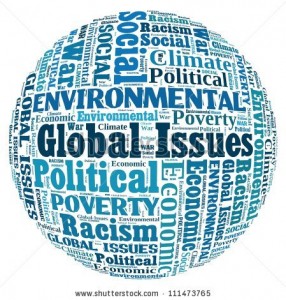 Each year, Missio Nexus brings the most relevant missions-related topics to the table for discussion. The 2014 industry conference is focusing on four topics related to the movement of people: Immigration and Migration, Globalization, Urbanization, and Exploitation.

“The context in which we work with missions has significantly changed,” notes Lin. “While we still send missionaries [and] church planters to other places in the world, we also recognize that many places around the world are sending people…across borders.”

Each main topic will be touched on in “General Sessions” for all participants to attend. Then, smaller, individualized workshops will address issues as they appear in a more familiar context.

“There’s a variety of seminars that tackle subset issues of each of [the main topics],” Lin explains.

“For example, related to immigration and migration: ‘How, as a local church, can you reach out to refugee communities in your neighborhood?'” 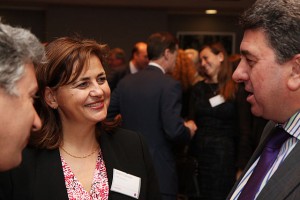 “A lot of learning happens in those relationships,” shares Lin. “I think people meet others who are asking the same questions, or perhaps are further down the line in engaging with a certain issue.”

As missions leaders and groups are connecting at this industry conference, there’s a role for you to play, too. First, pray for the conference speakers.

“The effectiveness of the speakers in connecting with the audience is significant,” says Lin. “The room is quite diverse; we’ve got different types of organizations with different ‘goals’, you might say, [related to the main topics].”

“We really are hoping for those ‘divine appointments’ to happen and that the Lord would lead us to talk to the people we’re supposed to talk to.”