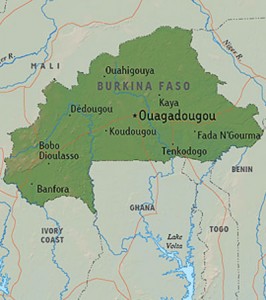 Burkina Faso (MNN) — The African Union has given the new military authorities in Burkina Faso two weeks to hand power back to civilians, or face sanctions.

The U.S. is hesitating whether to call the takeover a coup, which would require the administration to halt aid.

Compassion International Associate Area Director for West Africa, Tim Chambers, says what it boils down to is that people have finally said Enough! “‘We want change in our government. The high cost has been tremendous–the inflation rate, etc.–for four years.’ The country is saying that they do not want the president to be in control any longer.” Chambers explains, “Poverty is the core reason for the uprising, and I believe that the country has struggled–even to the point of suffering–under this president for 27 years.”

Events have been unfolding swiftly since last week: the president tried to change the constitution to prolong his 27-year rule, protests erupted, then got violent, Parliament was disbanded by the military, an action followed by the abrupt resignation of the president and the takeover by an interim government headed up by Lt. Col. Isaac Yacouba Zida from the elite presidential guard. Initially, who took charge wasn’t clear. But five days later, “The army is in control, at least for an interim period, for the next 12 months to allow, then, for elections to take place next fall.”

However, Burkina Faso’s army has agreed to cede power to a transitional government and appoint a new head of state. Turmoil can be hard on ministries, but “it has not affected our churches in any way that we know of,” says Chambers. “We’ve had no reports of any of our churches being damaged or threatened or anything, as well as any of our children, their families…. As far as we know, they’re all safe.”

Compassion has worked in Burkina Faso since 2004. “Our church partners are the ones that lead the corps in bringing Christ to the communities: that incorporates 52,000 children,” says Chambers, noting more than 190 child development centers. 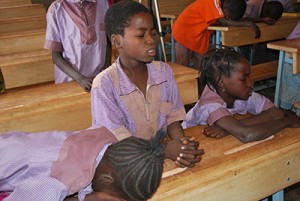 Compassion-sponsored children have access to education, medical care, nutritious food, and knowledge of the love of Jesus. There’s blessing, yet there’s still more need of prayer. Chambers asks believers to be pray “that unity and peace is brought back into the country, that the Church would stand as a body of Christ in praying for the interim leadership, that there would not be any more violence, and that what would be best for this country would come forth.”

Please pray for the children who are not able to attend the child development center. Some parents will not let their children come to the center because of religious differences. Pray for God to soften the hearts of the parents.

And finally, pray for God to open the eyes of people within each community, that they will cherish one another and that the interests of children will be taken seriously.