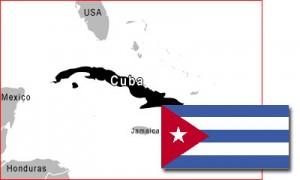 Cuba (MNN) — Christianity is spreading like wildfire in Cuba despite continued persecution. According to Operation World, “Recovery has taken a long time, but the Church is now a force to be reckoned with. Protestants alone more than doubled between 1995 and 2010.”

A microloan program initiated by WorldServe Ministries Canada is playing a key role in the growth by empowering Cuban believers and enabling Gospel work.

“Let’s say you want to start a business as a seamstress,” proposes WorldServe Canada’s Wilfred Unrau, Director of Teams and Community Development. His areas of responsibility include Cuba and Ethiopia.

“You knew how to sew, but you didn’t have the tools. We’d come alongside you, we’d lend you a microloan. But with that, we’d like to challenge you to tithe to your church to do church plants and/or children’s ministry.”

Under Fidel Castro’s dynasty, which lasted from 1959 to 2008, Communist rule was instituted and had a devastating effect on Cuba’s evangelical churches. While its severity has largely decreased, believers still face trouble for claiming the name of Christ.

“One of our people had to flee because of the persecution there,” Enrau shares. And yet, “Cuba has the longest-sustained revival [in] recorded history, at this point.”

“That was just a real ‘God thing’ that [it] happened,” he shares, noting that Cuba is still technically closed to evangelism.

Years of oppression and persecution is fueling today’s rampant Gospel growth. Cubans are hungry for the Truth of Scripture, which makes WorldServe Canada’s provision of resources, training, and financial opportunity a literal Godsend. 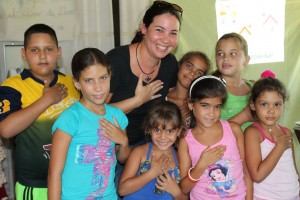 WorldServe Canada’s children’s ministry partner in Cuba recently sent them pictures, writing: “It is unusual for these forgotten children to receive gifts. But God is sending us there, wherever there are children who feel forgotten….We will be there to give hope & life & gladness in Jesus name!”
(Image, quote courtesy WorldServe Canada)

“The New Pines congregation that we’re working with has a new church plant every 3 or 4 days right now in Cuba. It is really, really cool to see how they grab this ‘hand up’ mentality, [instead of] a hand out.”

Learn more about the microloan program and how you can help WorldServe Canada reach Cubans for Christ by visiting their Web site.

“Join us in partnership as we try to fund the microloans in those places and empower the people,” says Enrau.