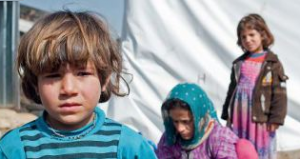 Lebanon (MNN) — This month, four years ago, Syrians gathered to protest for an end to corruption and for greater freedom.

Although Syria came late to the Arab Spring party, she came enthusiastically. Then, in an effort to regain control, security forces opened fire on demonstrators. That had the effect of causing more demonstrators to take to the streets.

By July 2011, hundreds of thousands of people across the country were attending protests demanding President Bashar al-Assad’s resignation. An iron-fisted response only stoked mounting anger. A referendum on the constitution rammed through, and soon Syria was in the grip of a full-scale tug of war between the Alawites, Sunni, and Shia groups. Chaos breeds terrorism, and with no one group in control, the Islamic State terror group joined the fray.

Since then, an estimated 220,000 people have died. More than three million others have become refugees. There are reports circulating that children have been arrested and tortured in prison, and those who survive are a lost generation.

Matt Parker, executive Vice President at Kids Alive International noted in his blog, “Today, more than 12 million Syrian people are now in need–more than 6 times the amount of funding that is available to provide for their basic needs.” 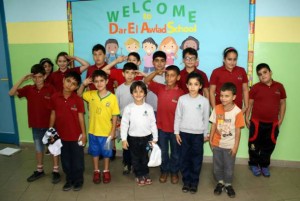 Kids Alive Lebanon answered with the Oasis program. It’s a program that provides a safe place for learning for these traumatized Syrian children. Since it began in November, their numbers are up to 100, and Parker says they’re hoping to at least double that (60 to100 more children) this year.

He also mentioned that this week, they’re launching a counseling program. “These are people that have had to flee from their homes because of war and violence. Families have been split up and separated. Our desire is to care for them, love them, support them, and connect them with the One who provides true healing and restoration.”

Primarily aimed at the mothers, Kids Alive is not only concerned with meeting the obvious physical needs, but also with the pain that is etched onto many a mother’s face. “It’s critical, when working with populations like this, that we do provide the support–helping to meet their emotional needs, providing the counseling, and the care and the love that they so badly need.”

When asked why the program was primarily aimed at the mothers, Parker explained, “Either the family’s been separated, maybe the father has died, or the father is still in Syria or is elsewhere; so we’re working with a lot of single parent families–a lot of single mothers.” 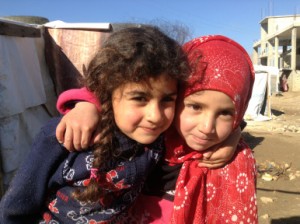 This counseling program seems to model the Oasis program in purpose. “The goal is really to help the family, as far as possible, become self-sustaining and be able to stand on their own feet, providing them with the resources and the care that enables that to happen.” Sometimes, it looks like taking care of the children. At other times, Parker says, “It’s also working with the family, and sometimes that’s providing counseling, sometimes it’s providing practical ways to the family so that the single mother maybe can go out and get a job, so it’s providing them with skills and training.”

Pray for an end to the bloodshed, the fear, and the brokenness. To that end, this story ends with hope that is rooted in greater freedom. “We’re committed to sharing the Gospel with them and discipling those that make commitments to Him. So, we’re excited to see what God is doing.”