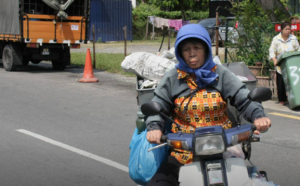 Malaysia (MNN) — For generations, to be Malay was to be Muslim.

But a push toward modernity is butting heads with that mindset. It has prompted backlash in the form of fatwas from the clerics on everything from yoga to Valentine’s Day…and who gets to use the word for God in Arabic. Open Doors USA President and CEO David Curry explains, “When you pick up a Bible in this part of the world, you’ll see the word ‘Allah’ as a reference to God. Some extremist groups are trying to reject the idea that Christians can use that word.”

The controversy stirred up over that stems from a 2007 case involving The Herald, a Catholic newspaper. Last week, says Curry, “The Malaysia High Court rejected a Catholic newspaper’s right to use the word ‘Allah’ to refer to the Christian idea of God. That is something that has been very cultural in Malaysia and other parts of Asia that have Muslim majorities.”

Although disappointing, the good news is: ” It wasn’t sweeping; it wasn’t indicating that they couldn’t use it in the Bible.” However, “People fear that it’s going to spread, that it’s the harbinger of some restrictions on Christians using the word ‘Allah,’ but more importantly, that it’ll be a reason for others to put pressure on Christians–close down churches.” In fact, for a Malay Muslim to convert, it’s nearly impossible. Why the strong reaction? “I think there’s a fear that sort of arises that if people are able to decide for themselves, the whole system might break down, from a Muslim or Islamic state of mind.” 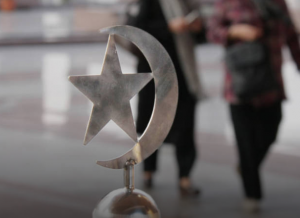 Curry says the highest pressure is put on those Muslim-Background Believers. “Christian churches are afraid to let them in, that extremists groups might attack them, that they might be ostracized of their family, or kicked out of their job. There’s a lot at stake to becoming a Christian.”

The ruling sets a legal precedent, and the ramifications could be far-reaching. Curry agrees, “They’re right to be nervous about that. This is typically how governments and countries begin to close to the freedom of Christian expression.”

According to Open Doors, for the Christian minority, Malaysia is at a crossroads and 2015 will be a decisive year. Their partners talk about a quick Islamisation, supported at national level by Najib Razak. In fact, two months ago, the effort to equalize Sharia courts with civil courts gained traction. Pray about the possible effects of this for Christians. Pray, too, for pastors who fear that their churches will be monitored, raided, or closed down.