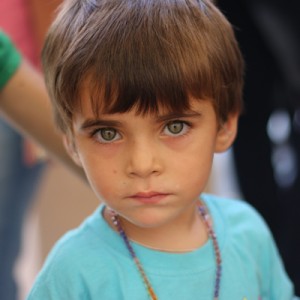 Food for the Hungry is working with local partners in the Middle East to address the many needs there.

Middle East (MNN) — Refuge. It’s what millions of people are looking for in the Middle East. Yet there are increasingly fewer places that offer it.

Countries surrounding Syria are closing their borders to refugees simply because they’re overwhelmed. Already about 25% of Lebanon’s population is made up of Syrian refugees. “That would be like 70 million people moving into the U.S. just in the last 6-9 months. I mean, it’s just mind-boggling,” says Pete Howard of Food for the Hungry. “Countries are closing their borders because they can’t handle any more refugees, so people are even just having to flee to different parts within Syria and trying to find safe spaces within Syria.”

The ministry is partnering up with several of the local churches to address the wide range of needs stacking up in the Middle East.

One huge problem with far-reaching implications is the lack of education for children. “The number of children who are vulnerable is just sky-rocketing. And that’s creating a generation–they call it the lost generation–of children who are not in school, who are getting sucked into fighting sometimes or other difficult things, and it’s just a real tragedy,” Howard says.

Meanwhile, many Christians are fleeing. Despite the hardships there is a also group of people unwilling to abandon the Middle East.

“Food for the Hungry [is] coming alongside the local church in Syria, in Iraq, in Lebanon, and trying to help them be the church.”

Howard says he is humbled by their courage. And he thinks we all have something to learn from them.

Howard believes if the Church in the West could somehow grasp what it really means to carry one’s cross, there might be renewal.

Meanwhile, the generosity Howard talks about can take many forms. He explains there is a constant need for food and shelter, especially as people continue to move when their current location becomes unsafe.

And winter is coming, complicating the situation even more. There are many winterization projects that Food for the Hungry is helping carry out with their national partners in the Middle East.

Howard says another big need is education for children in these camps. Why? “These are refugee children who need to be protected from the radicalization or from the violence,” so it’s important to provide “safe places for children to be children even in the midst of crisis.”

You can help assist these needs by following this link.

And if you’re interested in helping spread awareness, you can join a couple of campaigns working with FH: Planet Mommyhood and I Am You Voice. Find out more information by clicking on their names.

Howard hopes that fellow members of the Church will take up these burdens of prayer and awareness in order to call out the generosity of America and other able countries and in the end turn awareness into action.

Pray that those refugees who don’t know Jesus might find comfort in Him.