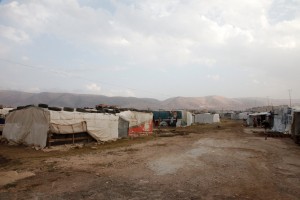 Lebanon (MNN) — Lebanese believers have watched as Christians in Syria and Iraq were forced to flee their homes and villages as ISIS takes more territory.

Now, they’re ready to protect themselves from a potential threat by the Islamic State. Rita El Mounayer with SAT-7 says they won’t go easily. “When I was in Lebanon last week, I met with many leaders and many colleagues and many friends at church. They were really ready to pick up arms and fight.”

Concern seems to be mounting because ISIS forces overran a border town last month, killing and kidnapping Lebanese soldiers and policemen. Of course the Lebanese Christians are going to protect and defend, this time with unlikely allies among the Shi’ite Muslims and some Sunni moderates. El Mounayer adds, “Sometimes when you don’t have law and order in a country, you can’t just open your doors to ISIS and say, ‘Welcome. Kill my children and my wife.'” 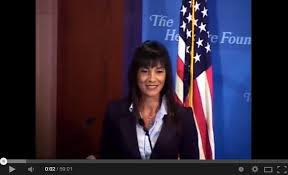 As menacing as the approaching storm sounds, on the ground in Beirut there didn’t seem to be a huge shift. In fact, she says, “…you don’t feel that it [ISIS threat] is a problem at all. I mean, the problem is the refugees.” Lebanon has been overrun with people fleeing the violence in Syria’s civil war, Iraq’s unrest, and the subsequent movement of the Islamic State.

On a visit last month in Lebanon, El Mounayer saw hordes of refugee children standing on street corners, begging. That sight broke her heart. “They cannot go to school. They can’t go anywhere. They work in the streets. We have 1.2 or 1.3 million refugees in Lebanon.”

Having grown up during Lebanon’s civil war, El Mounayer is no stranger to war. However, what she sees now in almost every face is fear and uncertainty, wondering: “‘Are we going to stay here forever?’ What will be the future generation of millions of children now without school?”

She then wonders, “What is the future of these people? I don’t know.” It’s hard to know what to do. Lebanon’s infrastructure is crumbling under the weight of the populace. “At every traffic light, there were tons of children coming and trying to sell you a flower, a rose, begging, pleading, saying, ‘Please help me. I don’t know what I’m going to do next.'”

Still, Lebanon is resilient and resourceful, like the cedar trees they’re known for. El Mounayer decided to take the refugees’ plight to the TV screen. SAT-7, a Christian satellite television ministry to the Middle East and North Africa, was the perfect voice.

More than providing a platform to share their stories, though, she says people need to take it to the next level, and do something. “What can we say, especially as a Christian network? [Do we] say, ‘Everything’s going to be okay?’ That’s only words. You can pray with them, you can encourage them, you can support some NGOs that are working with them and giving them some help.”

Knowing they’re worth someone’s time brings human dignity into a squalid picture. It becomes a literal cup of cold water in Jesus’ name. With that: hope. “Just being with the refugees and telling them that we love them. There are a lot of people from the West that listen here, and they want to pray and they want to make a big difference in the Arab world. [By responding, they’re saying:] ‘We’re there for them, giving them hope, praying with them, laughing with them.'”