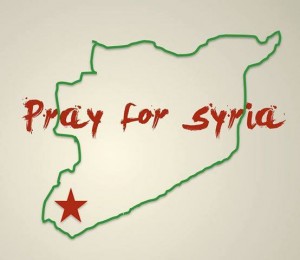 [EDITOR’S NOTE: E3’s Middle East expert Tom Doyle shares the following update from a Syrian pastor: “Glory to the Lord, Hallelujah! I have good news, God set free 22 of the kidnapped! They are back with their families now. Some of them are children and girls. Thanks to everyone who prayed with us! The Lord intervened and responded! Please continue to pray for the others. ISIS has the kidnapped 350 people.”]

Syria (MNN) — The nightmare is deepening as reports confirm the worst-case scenario: ISIS is killing off its kidnapped Christians, one-by-one.

At least 15 of the 300+ hostages have been shot or beheaded, and more executions are allegedly on the way. Catholic news source “Crux” cites on-the-ground sources, saying a mosque in Syria had been inviting Muslims to “a mass killing of infidels.”

In addition, a Syrian Christian told Reuters last week, “Some people have tried to call them by cellphone, the relatives that have been abducted, and they get an answer from a member of ISIS who tells that they will send the head of their relative.”

Amir, E3 Partners’ Syria Director, has been sending daily updates of the situation on-the-ground to E3’s main office in the U.S. On Wednesday, Amir reported the in-laws of one of his ministry colleagues were among the captives.

“I’m sure you guys have heard the quote before, ‘The blood of the martyrs is the seed of the Church’ — that’s a hard thing for us to hear, especially in light of this,” Dworak admits.

Pray for the families of these kidnapped Christians. Some captives may only be “cultural Christians,” but others are committed followers of the cross. Pray they can stand firm in Christ and be a bold witness of His love. 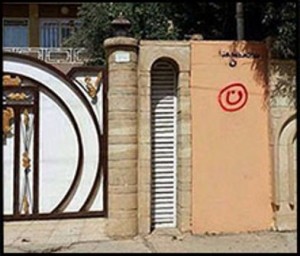 Christians have been an Islamic State target since the terrorists began rising to power in 2013. This summer, as ISIS took key towns in Iraq and Syria, jihadists marked Christian homes with an “N” for Nazarene and gave residents three options: pay up, convert to Islam, or die.

Now, the group appears to be changing tactics, opting for mass executions. “It just seems to be like evil personified,” notes Dworak.

But, there could be another reason for the sudden switch.

“They are under assault; they are on the run, and it very well may be they’re ramping this thing up as an act of desperation,” Dworak states.

Whatever the cause, E3’s commitment to Syrian believers remains the same. 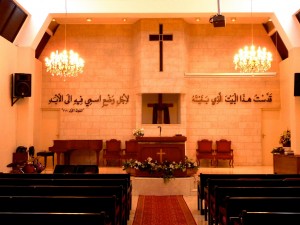 E3 Partners exists to equip God’s people to evangelize His world and establish His Church. In Syria, E3 is coming alongside believers with training and resources, all under Amir’s leadership.

Dworak says persecuted Christians often tell E3 staff, “Don’t pray for comfort; don’t pray for anything other than God would be glorified.”

That’s what Dworak is calling Christ-followers worldwide to do.

“We’re praying for the persecutors, along with the persecuted — that God would be glorified,” he explains.

“We don’t know exactly what’s going to happen, but we do know that prayer works.”

The growth of God’s Kingdom in the Middle East is proof of that, he says. More Muslims have come to faith in Christ during the last 10 years than during Islam’s 14 centuries of existence.

“The two fastest-growing church movements in the world are in Middle Eastern countries,” Dworak adds. “This is a direct answer to prayer.” 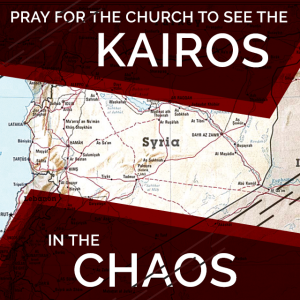 So, how will YOU respond? Will you join E3 Partners and MNN in prayer? Will you spread the word using social media?

“The work of missions is prayer,” a Nigerian pastor once told Dworak.

“We can strategize all day long, but the real work of missions is prayer…. We will see God do things that we can’t even imagine.”

“It [has] great content, great information, and it’ll keep you up-to-date,” says Dworak.