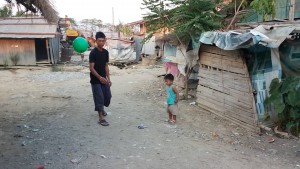 Myanmar (MNN) — Human trafficking abounds with poverty and violence. This is certainly true in Kachin refugee camps in Northern Myanmar as a result of fighting that “broke out in Kachin state in June 2011, and that broke a 17-year ceasefire. The Burma army attacked the Kachin army,” explains a team member working with Partners Relief and Development.

“That has meant that many villagers have had to flee for their lives and run to camps that are along the border with China.”

He says Kachin state’s rich resources are at the heart of the conflict. Once again, the desire for money has drawn out heavy violence in men.

After the initial breakout of violence, Partners focused on relief efforts among the Kachin people. More recently, however, they have expanded their focus. The team member says, “We were involved in rescuing four girls over the last year through the group that we’re involved with.”

These girls are especially vulnerable to traffickers because in the Internally Displaced People camps, the men are often absent because they are off fighting and families struggle to survive.

Partners is still doing some of the relief work they started in 2011, but they’ve more recently partnered with a local Kachin organization to set up a community support network system.

The Kachin, who are 90% Christian, are encouraged through this network to live out Mark 12:31 — the command Jesus gives to “love your neighbor as yourself.”

“It’s a network throughout the camp of volunteers who look out for those that are struggling and those that need help. And then they help to coordinate the community to be able to provide some practical help for those people,” the team member says.

The team member says the IDPs struggle most with getting adequate healthcare. Partners helps connect them with clinics and also aids families with loved ones in the hospital. They also speak to families dealing with domestic violence or assist in more practical everyday tasks like collecting firewood or providing basic supplies for new arrivals.

They are also working on integrating preventative practices to protect people from being trafficked.

There have been reports of increased violence in some parts of Myanmar.

“It is just continual fighting, really. It’s just this ongoing conflict that keeps on going and going without any end in sight, really. That’s really hard, especially, for those that are stuck in IDP camps and have nowhere to go.” He says many are without hope that the war will ever end.

So where do they find hope?

“Many of them are Christian, and a lot of them definitely turn to God to look for in these times of need. I think that gives them a lot of strength. And the pastors in the churches are very involved in the community,” the Partners team member says.

Through this new community-support network, Partners hopes to encourage the IDPs to give back to their community, giving them and their community hope. You can help.

“Prayer is really important,” the team member says. “Whenever I go…I tell [the IDPs] that people in other countries are praying for them, and that really encourages them.”

Pray specifically for peace and for the people to be able to go back home. Pray also that in their current situation, they would know God’s love and trust and hope in Him.

You can also encourage your local government to draw attention to what is happening in Myanmar.