Syria (ODM) — Twenty-two Christians taken hostage by Islamic State (IS) terrorists in February in northeast Syria were released on Tuesday.

The 22 are part of a group of over 220 Assyrian Christians who were taken captive in several villages on the banks of the Khabur River not far from Hasaka. The released Christians came from Tal Shamiram and Tal Jazirah.

According to the UK-based Syrian Observatory for Human Rights, tribal leaders mediated the release of the group. Reports indicate that money was paid for their freedom. The released elderly Christians, 14 of them women, were taken to one of the churches in Hasaka.

“This is certainly good news, but the fact is that Islamic State is committing genocide across Syria, Iraq, and beyond,” says Jerry Dykstra, Media Relations Director for Open Doors USA. “The reign of terror is not abating. Thousands have been killed and kidnapped. Hundreds of villages have been destroyed. Christians in the West must stand in the gap for our fellow believers.” 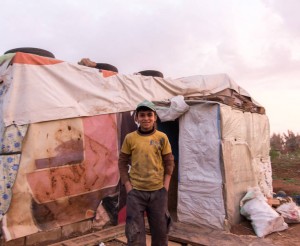 The Assyrian Federation of Sweden, which has followed the case, said Tuesday’s release brings the total number of freed Assyrians to 45.

IS still holds 187 Christians from the Khabur-region captive. Please continue to pray for this large group. Pray that the Lord will strengthen them and that they continue to put their trust in the Lord. Pray for the people who are attempting to free them.

Last week, IS abducted over 60 Christians from the central town of Quaryatayn, hours after it was captured by the group. Nearly half of them were later released, but the fate of the rest of the hostages remains unknown.

Assyrians numbered about 30,000 among Syria’s 1.8 million Christians before the country’s conflict began. They lived mostly in 35 villages in Hasaka.

Syria is ranked #4 on Open Doors 2015 World Watch List of the 50 worst persecutors of Christians. Approximately 4 million Syrians have left the country. Inside Syria there are 6.5 million Internally Displaced Persons (IDPs). It is estimated that 700,000 Christians have left Syria since the war began over four years ago.