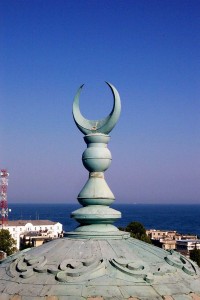 Malaysia (MNN) — “It’s sometimes very difficult to see the hand of God working behind the scenes.”

Have you ever found this to be true? It’s certainly the case right now in East Malaysia.

John Bachman of the Haggai Institute says it’s getting harder and harder to follow Christ.

“They are experiencing a great effort–both socially and through government efforts–to Islam-ize through the educational system, and even among some of the tribal groups,” Bachman shares.

In case you’re not too familiar with Malaysia, East Malaysia consists of two territories on the island of Borneo. Malaysia is a Muslim-majority nation, and according to Open Doors USA, it’s illegal to bring the salvation of Jesus to followers of Islam. In addition, all conversions,  no matter the religion, must be affirmed by a Sharia court.

Now, following the rise of ISIS to the international stage, there’s a huge push to make everyone a Muslim. However, Haggai alumni are holding fast to their commitment.

“The alumni that I’ve spoken with have talked about a number of different approaches they are taking to guard and protect those who are already Christians, and then to let others know about the Gospel,” says Bachman.

“Education, social action, and medical care are sort of three prongs that they are currently using to be involved in presenting Christ.”

Over 2,000 Malaysian Christian leaders have attended Haggai Institute, according to Bachman. 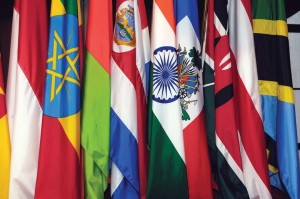 The Haggai Institute provides culturally-relevant expertise in making Christ known, through word and action, to leaders in all spheres of influence. You can join Haggai’s global community by volunteering your time, supporting their work financially, or training with the Haggai Institute.

“Pray that the Christians will be strong and bold, and not cave in to pressure in certain areas,” Bachman asks. “Prayer for strength and wisdom is a foremost item.

“It’s a place where there are both forces for greater freedom and forces that are trying to restrict freedom.”