“ISIS has a stated goal to wipe out Christianity,” Jay Sekulow of the American Center for Law and Justice  recently told Fox News.

“This why they are crucifying Christians–including children, destroying churches, and selling artifacts. The fact is: this group will stop at nothing to raise funds for its terrorist mission.”

According to CNN, ISIS violence hit an ominous low mid-month. A pamphlet distributed throughout Mosul is justifying the enslavement of “nonbelieving” women and young girls.

In light of disturbing developments like these, the way E3 Partners answers the question: Will this rising darkness result in a global caliphate? might surprise you.

“They decide to be the most outrageous, in-your-face terrorist group of all time, and they’ve accomplished that,” admits E3 Partners Middle East expert Tom Doyle. “But I think, in many ways, this has back-fired on them.

“[ISIS violence] in a sense, is just sending shock waves through Islam, as people are really rethinking their whole theology.”

From the beginning, Islamic State has vowed to establish a caliphate. This implies radical Islamic dominance–not just in Iraq and Syria, but the entire world.

Over the past few months, media headlines have regularly drawn attention to terror groups and individuals pledging their perpetual allegiance to the Islamic State. But Doyle says there’s one story going untold.

“Crucifixions, beheadings at the hands of ISIS [are] is turning people away.”

According to E3, more Muslims have become followers of Jesus in the last decade than in the past 14 centuries of Islam. Ministry partners in Syria tell Doyle ISIS violence is causing many Muslims to re-think their faith. 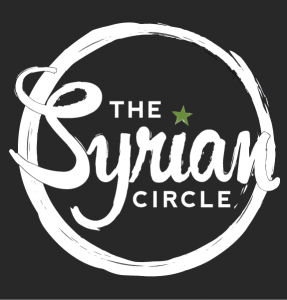 “Recently, they’ve had gatherings [that] total over 1,000 people that are fed up with Islam and are searching for something different,” Doyle shares.

“It doesn’t take a genius to figure out [that] if you’re Muslim [and] you don’t follow Islam according to their teaching, or if you don’t get behind the caliphate, [death is] the same fate that you’re going to realize.”

By coming alongside E3, you can help Muslim-background believers learn more about Christ and endure persecution.