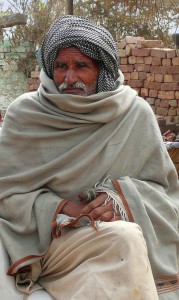 Pakistan (MNN) — ISIS is where we start our year in review. This terrorist group has taken vast amounts of Syria and Iraq. Is Pakistan next?

Pakistan’s government is finally acknowledging the presence of ISIS in their country.

Bruce Allen with Forgotten Missionaries International says one way or another, the terrorists will get a hold of nuclear power. “That would give them such strength that I don’t think many leaders around the world are prepared to deal with. From my reports on-the-ground in Pakistan and from having been there earlier this month, ISIS is moving with lightning speed. It’s a frightening possibility to consider, but it’s one we need to prepare for.”

The Islamic State’s raw brutality puts pastors supported by FMI at highest risk. Also, an Islamic State stronghold in Pakistan would open the door to advances in Asia.

Would you join us in praying against the spread of evil?

Allen says, “God’s hand is not so short that He can’t turn this tide, so pray for the Lord to halt the spread of the Islamic State.”