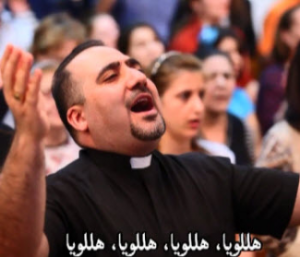 Lebanon (MNN) — Who stands to benefit the most from chaos in Lebanon? Analysts have pointed out that the Islamic State of Iraq and Syria benefits Hezbollah and the Syrian regime.

How? The ISIS assault both scattered and pushed back opposition groups that are worrying the Syrian government. Hezbollah pushed ISIS back until they were forced into a confrontation with Syria’s rebels, according to the analysis provided by Abou Zeid of the Carnegie Endowment for International Peace.

Meanwhile, over the weekend, ISIS paraded captured Lebanese soldiers in a video to Lebanon’s Prime Minister Tammam Salam. The kidnapping, along with the incursions into Lebanon, challenge the government’s official stance of dissociation from the surrounding conflicts. SAT-7 USA’s Rex Rogers observes, “What we think the Lebanese have learned in 20 years of civil war was not to get drawn off with these factions. So far, I think the army’s done a pretty good job.”

Lebanon is filled with a diverse population, and with that multi-culturalism come both faction and ideology. The country has been resisting getting dragged into a proxy civil war in Syria, adds Rogers. “They recognize that they need to maintain territorial integrity, and they’re being supported by the various factions within the society–that’s good. From a specifically Christian perspective, Lebanon is very important for the Arab Christian world.”

However, the fact that ISIS has taken its campaign for conquest into Lebanon is a source of concern for groups like SAT-7, a Christian satellite television ministry to the Middle East and North Africa. Given everything documented over the ISIS rampage through Iraq, could those atrocities be repeated again in Lebanon?

Rogers says while the staff in Beirut is concerned, “We’re planning international management meetings, and even the dedication of the facility in November. At this point, we’re not overly concerned about that. There’s always something. You can’t promise people that nothing will ever happen.”

With a public event in the works like a studio dedication planned for November, doesn’t that make them a target for extremist groups like ISIS? It did in Iraq and Syria. Rogers demurs. “There may be more inconvenience than personal threat. But again, there’s always some concern about security issues. We’re aware of that, and we keep looking ahead. We’ll keep praying that the Lord will protect, and He has.”

In a potentially explosive situation, the unrelenting stress drives people to them because “we offer them music, and we offer them a respite. We offer them a ‘safe place to go,’ which is a phrase we use with our kids’ channel.”

Rogers ticks off three points in response to “How should believers respond to this story”:

1)      Pray for a peaceful resolution. Pray that the fighting will end.

2)      Give to help keep programming that provides hope and respite on the air.

3)      Go. The staff continues to provide platforms for people to talk about hard issues going on around them. Ask God to give them wisdom.

To underscore that last point, Rogers concludes his thoughts this way: “We sometimes say that SAT-7 is needed ‘now, more than ever.’ We think that ‘now, more than ever’ is a more compelling comment as you listen to the news, because for a lot of Christians in the Middle East, and a lot of non-believers who are seeking, this is the only source.”