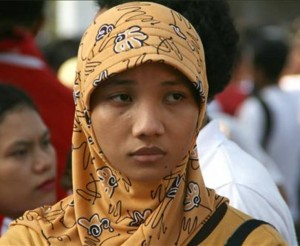 Indonesia (MNN/ODM) — The Middle East isn’t the only place struggling to contain the growth of the Islamic State terror group.

Now, Southeast Asia is, too. Concern is deepest in Indonesia, Malaysia, and the Philippines, where jihadi groups have long had a foothold.

In 2002, Voice of the Martyrs noted al-Qaeda training camps popping up in the outlying areas of those three countries during the effort to eradicate the jihadists in Afghanistan. More recently, the Malaysian government foiled an ISIS plot to bomb several nightclubs and a brewery. There’s also been an uptick in activity from the Abu Sayyaf in the Philippines and the Mujahidin in Indonesia.

What it means is these areas are ripe for an ISIS incursion. Open Doors USA President and CEO David Curry says of those three, Indonesia has the largest Muslim population in the world. On one hand, “It’s known as a country that has a lot of pluralism. They pride themselves on that,” he says, adding, “but there are a lot of pockets of persecution and issues that run through the culture that are also problematic as well.”

In fact, persecution has always been present in the rural areas. Over the years, explains Curry, “Judges and police forces are more independent and can persecute Christians and feel like they have some autonomy to do that.” Here’s why that’s alarming: “If you have extremists within the country already who are sympathetic to what’s happening, I think it would not take very long before you could see extremist attacks or maybe even coordinated attacks within Indonesia.” 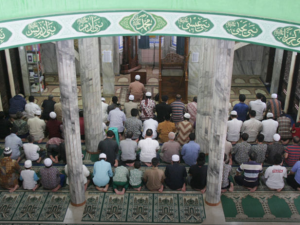 Open Doors reports that Indonesian security forces have disrupted a number of terrorist cells, including Jemaah Islamiyah (JI), a terrorist organization that carried out several significant bombings in Jakarta and Bali over the past decade. Although Indonesian counter-terrorism efforts have been successful in preventing terrorists from conducting large-scale attacks in recent years, extremists in Indonesia may demonstrate a willingness and ability to carry out small-scale violent attacks with little or no warning.

Plus, there are the “tracking factors” to watch for. “They’ve arrested 12 citizens from East Java for their involvement in ISIS. 500 Indonesians have gone to the Middle East to fight with ISIS. These kinds of things are trackers that you can see that there’s a subset of that population that is very extremist.” For some of those who’ve left to fight with ISIS, the danger is in their returning home to set up more cells.

According to Open Doors sources, it is probable that the recent terror attacks and the ISIS movement around the globe may reignite terrorist activities in Indonesia–a Muslim-majority country. Indonesia has had a history of deadly attacks by Muslim militants, including church bombings in 2001, Bali bombing in 2002, and hotel bombings in 2009. Unfortunately, the Indonesian anti-terrorism law is not strong enough to curb ISIS support.

“In January, the U.S. Embassy issued a security alert on hotels and banks, U.S.-associated facilities in Surabaya because they see ISIS popping up as a threat in Indonesia,” says Curry. Surabaya is Indonesia’s second-largest city after Jakarta. It’s also present in Sulawesi. Two months ago, the anti-terrorism squad Densus 88 shot a long-sought terrorist suspect in Poso, central Sulawesi. Another terrorist suspect linked to the East Indonesia Mujaheedin (MIT) was arrested in the same month. 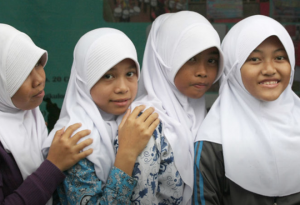 What does this mean for Christians? For one thing, persecution isn’t new to this Church body. “There are strong Christians, churches in Indonesia, wonderful people who love Jesus, who want to worship and be part of their community. They’re helping people, they’re handing out food, and being the salt and light in their community.”

These efforts often prompt questions and allow local followers of Christ to talk about their faith. That’s not to say they’re not taking the situation seriously. Security is part of the obvious response, as is a call to prayer. “Encourage and support Christians who are living under persecution and note what’s happening to Christians today. So you have countries like Indonesia where there is persecution, and you have the threat of growing persecution. We need to let our voice be heard on this subject.”

Please join us in prayer for the Indonesian government to deal with terrorism strategically, the spread of Islamic radicalism to be halted, and for the Lord’s continuous protection over His church in Indonesia.