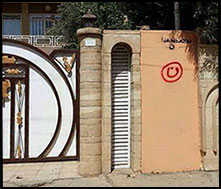 (Pakistan) — The influence of the Islamic State of Iraq and Syria (ISIS) is spreading.

It has now reached Pakistan, as evidenced by a move by a half dozen leading figures of the Taliban there. Todd Nettleton, a spokesman for the Voice of the Martyrs USA explains, “They have said that they will come under the authority of the Caliph of the Muslims Abu Bakr al-Baghdadi, who is the leader of ISIS. So basically they have said, ‘We see ISIS as the banner carrier for the Islamic World, for at least the Sunni Islamic world.'”

ISIS declared the creation of an Islamic State in June. Their decision could impact Pakistan’s borders where the leaders are based, because of their proximity to Afghanistan. “If they join hands with ISIS in Iraq and Syria, if they start working together on taking more territory, if they start working together on terrorist attacks around the world, that becomes a pretty scary scenario to think about,” says Nettleton.

A notable uptick in activity from like-minded groups in Somalia, Kenya, and Nigeria followed the ISIS sweep. “When you talk about Boko Haram or you talk about radical Muslims in the Philippines, they look at that and they say, ‘Those guys succeeded, and that’s what we’re trying to do.’ The natural process is then, ‘How did they do it? How can we be like them? What better way than if we work together?'” It would be a logical step, based on similar goals and ideologies. Nettleton says, “Radical Muslims around the world look at what ISIS [has] done, they look at the fact that they’re controlling territory, they’re setting up government structures and really ruling the areas that they control.”

The Voice of the Martyrs comes alongside the persecuted Church in these areas. However, Nettleton acknowledges, “The challenge is even to be present in the areas that are controlled by groups like ISIS because they force the Christians to leave.” He continues, “When you think about spreading the Gospel, the first question is: ‘If all the Christians are gone, who’s going to be there to spread the Gospel?’ The other group of Christians that is affected by ISIS is Muslim converts. They don’t have the opportunity to leave alive with the clothes on their back. They have the opportunity to come back to Islam or be killed.”

And yet, the light hasn’t gone out entirely. “We believe that there are some Muslim converts still in ISIS-controlled areas. I am certain that they are being very cautious, but that is really how the Gospel is going to have to be spread: by those who are boldly staying in spite of the risk.”

VOM is serving Iraqi Christians by providing them with daily necessities and assessing their future needs. Many of these believers fled with only the clothes on their backs. VOM is also serving those who choose to stay behind. One thing we can do is reinforce them with prayer. “Pray for encouragement, that they really will sense the Lord’s presence, [that] they’ll know the blessing of His presence…and His hand on them, and see Him at work through them.”

One other thought: Saul was one of the most zealous persecutors of the Church until God changed his heart. Then he became one of the most zealous followers of God’s heart. Nettleton says, “We need to pray that God will raise up Pauls out of the Sauls of ISIS, that some of these who are now persecuting our brothers and sisters will come to faith in Christ.”