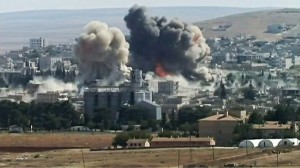 Middle East (MNN) — There’s a cultural revolution going on. Words like that bring to mind Iran, Russia, and China…but it’s underway right now in territories controlled by the Islamic State of Iraq and Syria (ISIS).

Last month, ISIS declared the start of the academic school year under new rules and a new curriculum. They abolished classes about history, literature, music, and Christianity. The new rules also declared patriotic songs blasphemous and ordered certain pictures torn out of textbooks. Nettleton says that the indoctrination “is really the next step in the Islamic State setting up the structure and the culture–a permanent society that they want to exist in the areas that they control.”

What this means is a permanent shift. The Islamic State is trying to change the face of Iraq and Syria for good. However, the “Islamic State Education Diwan” stipulates that pictures that violate its ultra-conservative interpretation of Islam must be ripped out of books. Anthems and lyrics that encourage love of country are now viewed as a show of “polytheism and blasphemy” and are strictly banned. Scientific research has stopped because of funding disruption due to the war, too. 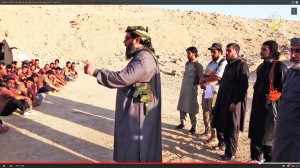 Sounds a lot like what happened during the uprisings that changed the face of France, Russia, China, and Iran–and not for the better. Nettleton agrees. “These movements typically don’t move a country forward. We’ve already seen Christians being kicked out of the areas that Islamic State controls. We’ve seen backwards movement on religious freedom, on freedom of expression. I think we’ll see that in this educational reform, as well.”

Although ISIS is called a terrorist group, the path they’ve carved out for themselves looks like one that’s meant to be generational. It also means Christians who’ve been displaced are probably not going to be able to return home. That’s not to say the light of Christ has gone dark. It’s more that it’s in a dark lantern–very much alive, but concealed so it can be revealed later. “There are Christians in the area, there are Muslim converts who are there. They’re lying very low, at this point in time, trying to stay out of sight and keep their faith very secretive.” For them, says Nettleton, it’s a matter of life or death. “If they are exposed as a Muslim convert, they would be executed.”

Gospel work has been disrupted with the exodus of believers from the region. VOM comes alongside the refugees. “We are in contact with people who have been displaced from the areas of the Islamic State. We are providing aid and help to them. The challenge is trying to provide help and encouragement back to Christians in the areas that the Islamic State controls.”

What’s happening is changing the face of the nations. It’s spiritual warfare that requires as many soldiers to stand shoulder-to-shoulder and resist. “The other thing that I would encourage people to pray for is for the Lord to move supernaturally in these areas where all the Christians have been kicked out, where any Christians who are there are keeping a very low, underground profile. God is moving in the Muslim world through supernatural means, through dreams, through visions.”