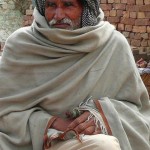 An elder of a Pakistani village church. It is estimated that only about 2% of the nation’s population claim to be Christian.
(Photo, caption courtesy FMI)

Pakistan (MNN) — While the world watches ISIS continue its stronghold in Syria and Iraq, it’s now reaching out into other parts of the region.

Fighters loyal to the Islamic State in Iraq and Syria are now in complete control of the city of Derna: population of about 100,000, not far from the Egyptian border and just about 200 miles from the southern shores of the European Union.

Now, we’re hearing from Christian workers in Pakistan that the country may be the next to fall. Bruce Allen with Forgotten Missionaries International says, “The Taliban have already sworn allegiance to ISIS. So, it’s bound to happen in the next one month to six months.”

That’s not the worst of the problems. “Pakistan is a nuclear power. And if the government or military falls, things will get very bad if the nuclear weapons fall into rouge hands.”

(Listen to the complete interview with Bruce Allen below) 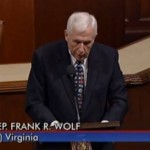 U.S. Congressman Frank Wolf is an advocate for religious freedom around the world. He agrees with Allen. He’s puzzled by why nobody is talking about this. “It’s just kind of getting out of control, and it’s almost like nobody’s really doing anything about it.” Especially the United States.

Allen says that’s only part of the problem. “We in the West tend to value our comfort, and convenience, and things like that; however, the media plays a part in that. If the church was more aware of what was actually happening, I think they’d get more galvanized.”

Allen says if ISIS takes over, Christians will face more persecution, and ministries in Pakistan will be forced to close or go underground. That’s why your financial support and prayers are needed now. “We want to make sure that before it gets worse, our staff are really prepared to continue serving in the midst of chaos.”

You can support a pastor for $100 a month, which goes a long way. Click here to help.

Also, will you begin talking about these issues on your Facebook page? Start a conversation by posting a link to this story and asking people to respond. Also, begin calling media outlets and letting them know about ISIS in Pakistan.